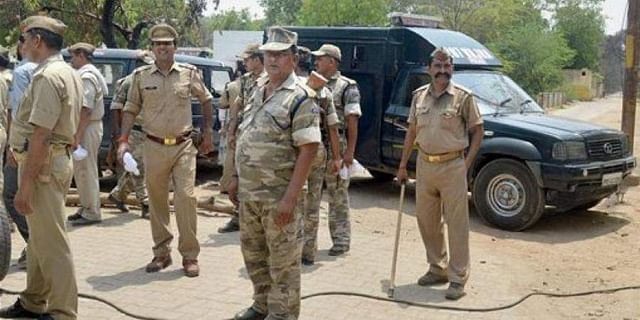 Siddiqui, who hails from Muzaffarnagar district, is believed to be one of the most prominent clerics from western Uttar Pradesh.

Briefing mediapersons about the arrest on Wednesday, Uttar Pradesh ADG (Law and Order) Prashant Kumar said that the cleric had direct links with a mass unlawful conversion racket busted by the UP ATS in June this year. Police sources claimed that Maulana Kaleem used to run the Jamia Imam Walliullah Trust which funds various madarsas across Uttar Pradesh and outside the state also.

The ADG said the Maulana’s trust received huge amounts of foreign funds. Investigations showed that the trust received Rs 3 crore in foreign funding including Rs 1.5 crore from Bahrain, he said. The ADG added that six teams of the ATS have been formed to investigate the case further.

Meanwhile, a statement issued by the UP ATS said that the Maulana was taken into custody while he was returning to his home at village Fulat in Muzaffarnagar after attending a programme in Meerut on Tuesday night. Angry locals immediately launched a protest outside Lisari Gate police station to know the whereabouts of the Maulana.

Early this month, eight persons, who were arrested by the Anti-Terrorist Squad (ATS) of the Uttar Pradesh Police since June this year, for being allegedly involved in illegal conversions of over 1,000 people, were charged with “waging war against India”.

Accepting the application of the ATS, the special Lucknow court invoked the charges under Section 121-A (conspiracy to commit offences punishable by section 121) and 123 (concealing with intent to facilitate design to wage war) of the IPC against the eight arrested persons.

IPC Section 121 deals with waging, or attempting to wage war, or abetting waging of war, against the government of India.

On June 21 this year, the UP ATS had nabbed two clerics — Mohammad Umar Gautam and Mufti Qazi Jahageer Alam Qasmi — from Delhi, claiming that they had busted a “huge conversion racket” that was allegedly involved in the conversion of “thousands of people”. The ATS had claimed that the two clerics were spearheading mass conversion of people into Islam through inducements such as marriage, money, job and coercion also.

The two clerics and the orgainsation owned by Mohammad Umar Gautam – Islamic Dawah Centre India — were booked under Sections 420, 120B, 153A, 153B, 295 and 511 of the India Penal Code. Section 3/5 of UP Prohibition of Unlawful Conversion of Religious Act-2021 was also imposed on the two.

The UP ATS later arrested eight more persons claiming that they were engaged in large-scale conversions under the banner of the Islamic Dawah Centre (IDC) of Umar Gautam, which allegedly targeted children with disabilities, women, the unemployed and the poor.

Of the 10 persons arrested, four are from Maharashtra, two from Delhi and one each from Gujarat, Uttar Pradesh, Jharkhand and Haryana.

Uttar Pradesh had passed the anti-conversion bill earlier this year. The bill penalises those who undertake conversions through marriage, deceit, coercion or incitement.

Severe COVID-19 can lead to delirium, finds US study

SRH bowler T Natarajan tests positive for COVID 19, match against DC to go ahead as scheduled