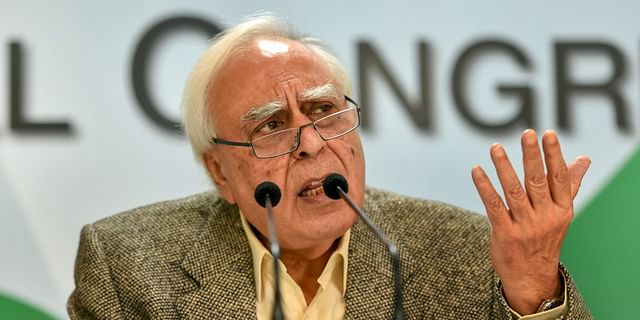 Congress leader Kapil Sibal on Monday slammed Union Home Minister Amit Shah over his “3 families powerless” remarks and alleged that in India, there are only two persons who are powerful and the people of India are powerless.

In a tweet, Sibal said, “Amit Shah ji, You say: In J-K 3 families are now powerless. I say: In India only 2 persons are powerful and the people of India are powerless. This is our mother of democracy !”

Sibal was referring to Shah’s remarks that came while addressing the foundation stone laying ceremony of various development projects in Jammu on Sunday.

“When we came up with the new industrial policy, the three families used to make fun of us as to who will come here. What did these three families give to the state except 87 MLAs and six MPs? PM Narendra Modi has made 30,000 people elected representatives,” Shah said without naming the ‘three families’ of Congress, National Conference and the People’s Democratic Party.

Shah unveiled the three phases of the IIT Jammu campus on Sunday, the second day of his three-day visit to Jammu and Kashmir.