India calls out Pakistan, OIC for K-anard at UNHRC session 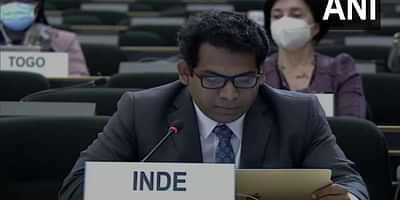 India on Wednesday gave the Organisation of Islamic Cooperation (OIC) a piece of its mind for raising Kashmir at the UN Human Rights Commission, calling it out for allowing itself to be held hostage by Pakistan.

Exercising its rights to respond to comments made by Pakistan and the OIC on Kashmir at the ongoing session of the council, India said Pakistan has been globally recognised as a country openly supporting, training, financing and arming terrorists as a matter of state policy.

The stinging response came from Pawan Badhe, first secretary in India’s permanent mission in Geneva. “India, as not only the world’s largest democracy but a robustly functional and vibrant one, does not need lessons from a failed state like Pakistan which is the epicentre of terrorism and worst abuser of human rights,” he acidly said.

Pakistan, he added, has failed to protect the rights of its minorities, including Sikhs, Hindus, Christians and Ahmadiyas. “Pakistan has been engaged in systematic persecution, forced conversions, targeted killings, sectarian violence and faith-based discrimination against its ethnic and religious minorities,” he said.