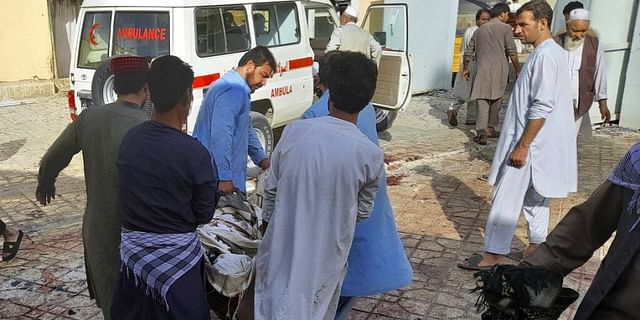 India on Monday strongly condemned the terrorist attack on a mosque in the northeastern Afghan city of Kunduz during Friday prayers that killed over 100 people and left many injured, and reiterated the importance of combating terrorism in Afghanistan.

The Ministry of External Affairs (MEA) also asserted that India stands committed to the fight against the scourge of terrorism.

According to reports, a suicide bomber carried out the attack when worshippers gathered at the mosque for Friday prayers, killing more than 100 people and injuring many others in the deadliest attack since the US troops left the country.

“India strongly condemns the terrorist attack on a Shia Mosque in Kunduz, Afghanistan in which more than 100 Afghans were reported to have lost lives and several others injured.

We extend our condolences and sympathies to the families of the victims during their difficult time,” the MEA said in a statement.

It said India stand with the people of Afghanistan and hoped that perpetrators of the attack would be brought to justice expeditiously.

“India stands committed in the fight against the scourge of terrorism and reiterates the importance of combating terrorism in Afghanistan,” the MEA said.

“We stand with the people of Afghanistan and hope that perpetrators of this attack would be identified and brought to justice expeditiously,” the ministry added.