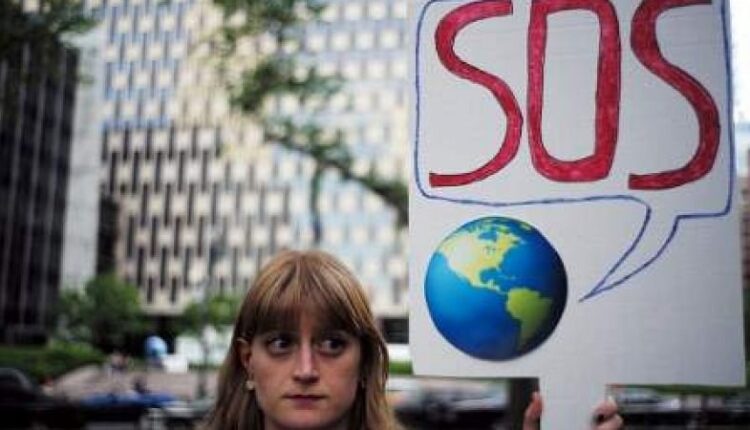 India, which has shown global leadership in the fight against climate change, is a critical part of the global climate change solutions, a top Biden Administration official said on Wednesday.

“As one of the most innovative and vibrant economies on Earth, India, isn’t simply at the mercy of a changing climate, it is a critical part of the solution,” USAID Administrator Samantha Power said in her special address to the India Ideas Summit of US-India Business Council.

“That leadership was demonstrated at the leaders’ climate summit in April where President (Joe) Biden and Prime Minister (Narendra) Modi launched the India-US Climate and Clean Energy Agenda 2030 Partnership, a key framework to help our countries meet the goals of the Paris Agreement,” she said.

Climate change serves as a brake on India’s growth, as it recovers from the COVID-19 pandemic, she noted.

If global temperature rises by one degree, it would cost India three per cent of its GDP, she warned.

“We also are committed to partnering with the Indian government, the private sector and civil society to safeguard against climate impacts that are happening today. And this is where the world truly needs the private sector’s help,” she said.

Of the estimated USD 30 billion spent on climate adaptation, USD 500 million came from the private sector.

Given the massive need in the world, and the fact that private sector financial flows represent more than 80 per cent of all investment in poor and middle-income countries that dynamic has to change, she said.

“Here, India has given us a roadmap for partnership through the Coalition for Disaster Resilient infrastructure.

The US is a founding member of this India-led coalition, and a continued supporter of its work to raise private and public sector financing for infrastructure that can stand up to natural disasters,” she said.

“As India grows, we will develop a new generation of resilient infrastructure; from modern airports to smart power grids to efficient railways and highways that will connect its many cities. To that end we recently committed over USD 9 million to support the coalition and attract more private sector financing for climate resilience, and adaptation,” she said.

The USAID, she said, is proud to be a key partner to India as it transitions to renewable energy and achieves its climate goals.

“In the past six years, our partnership has already helped India integrate, five gigawatts of renewable energy into its grid that is enough to power over three million households, helping cut greenhouse gas emissions by 30 million tonnes. That is the equivalent of pulling six million cars off the road,” she said.

“To build on these results, USAID is supporting a five-year regional program that aims to mobilise USD seven billion in private clean energy investments to add another five gigawatts of renewable energy in South Asia, much of it in India. We are also partnering with the Department of Energy and our national labs to launch the South Asia Group for Energy and effort to help partner governments like India, make strategic investments in clean energy,” she said.