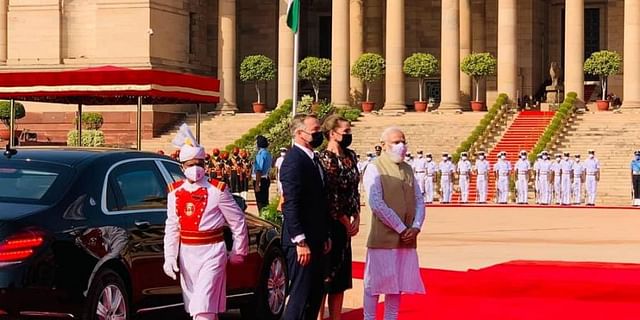 Prime Minister Narendra Modi and his visiting Danish counterpart Mette Frederiksen on Saturday held “fruitful” talks with a focus on expanding cooperation in a range of key areas such as health, agriculture, water management, climate change and renewable energy.

In his media statement after the talks, Modi said both sides reviewed the progress made under the India-Denmark Green Strategic Partnership and deliberated on further expansion of overall cooperation in multiple sectors.

The two sides also inked four agreements that will provide for deepening of cooperation in areas of science and technology, climate change and skill development.

“A year ago today, we took the historic decision to establish a Green Strategic Partnership between India and Denmark in our virtual summit.

This is a sign of far-reaching thinking and respect for the environment by both our countries,” he said.

In her remarks, the Danish prime minister complimented Modi for his focus on green technologies and described him as an “inspiration for the rest of the world”.

India, US discuss Indo-Pacific, regional issues ahead of 2+2 dialogue