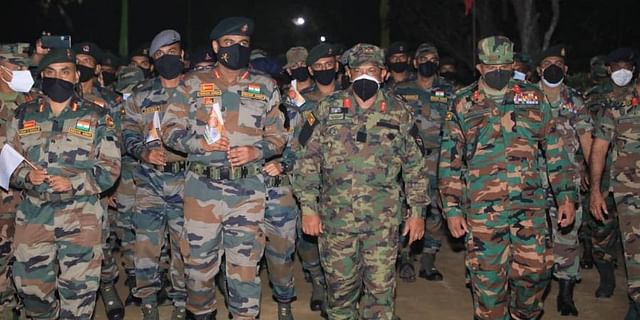 India and Sri Lanka on Monday began a 12-day mega military exercise with a focus on enhancing counter-terror cooperation at the Combat Training School in the island nation’s eastern district of Ampara.

The eighth edition of the ‘Mitra Shakti’ exercise from October 4 to 15 got underway with the participation of an all arms contingent of 120 Indian Army personnel, headed by Colonel Prakash Kumar, the Sri Lanka Army said.

The joint military exercise has been designed to enhance understanding of transnational terrorism, inter-operability skills, conduct of joint tactical operations, sharing of each other’s best practices and experiences, it said.

The participating Indian troops — for the exercise at the Combat Training School in Ampara involving tactical level operations at the sub-unit level in an international counter-insurgency and counter-terrorism environment — arrived on an Indian Air Force aircraft on Saturday, the Army said.

The annual training programme, which has largely contributed to strengthen bilateral military cooperation, understanding and bonds of neighborly relations between both services, takes place alternately either in India or Sri Lanka every year, it added.

On the exercise, India’s Ministry of Defence last week said that the “aim of the exercise is to promote close relations between armies of both countries and enhance inter-operability and sharing best practices in counter-insurgency and counter-terrorism operations”.

An all arms contingent of 120 personnel of the Indian Army will participate in the drills along with a battalion-strength contingent of the Sri Lanka Army, it said, adding that the exercise will go a long way in further strengthening the relationship between both the South Asian nations and will act as a catalyst in bringing synergy and cooperation at the grass-root level between both armies.

Sri Lanka was rocked by a series of deadly bomb blasts in April 2019 in which over 300 people were killed.

In the backdrop of the blasts, India and Sri Lanka enhanced their anti-terror cooperation.

The seventh edition of the Mitra Shakti exercise was conducted at the Foreign Training Node (FTN) in Pune in 2019.