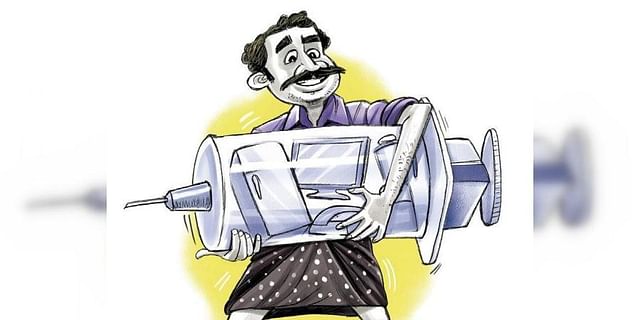 India will resume exporting Covid-19 vaccines in October, Union health minister Mansukh Mandaviya said on Monday. The Centre had halted export of life-saving jabs when the devastating second wave of the pandemic struck the country in April.The minister said “surplus supply” of vaccines will be shared with other countries under the Vaccine Maitri programme, adding that inoculating the Indian population remains the government’s top priority.

The Centre is expecting a supply of 30 crore from different vaccine makers in October, which will go further up in later months. The announcement about resumption of vaccine exports comes ahead of Prime Minister Narendra Modi’s visit to the US this week to attend a meeting of the Quad countries, where vaccines are likely to be discussed.

Meanwhile, the UK government’s updated Covid protocol mandating all travellers from India – including those who have taken both the vaccine doses – to undergo three Covid tests and go into quarantine for 10 days, has upset the plans of thousands of students getting ready to enroll in various British universities. The new rules, which were unveiled on Friday, will become effective from October 4.

Indian travellers must take a Covid test three days before departure and undergo two more tests upon arrival in England. The passengers must also self-isolate in a pre-disclosed place for 10 days Under the new policy, the UK will consider only those who have got both doses of Oxford-AstraZeneca, Pfizer-BioNTech or Moderna or Janssen vaccines in the UK, Europe, US as fully vaccinated. Those vaccinated in Australia, Canada, Israel, Japan, New Zealand, Qatar, Singapore, South Korea and some other countries will also be considered as fully vaccinated.

Reacting sharply, former Union ministers Jairam Ramesh said it “smacks of racism”. Congress MP and writer Shashi Tharoor said he has pulled out of a debate at The Cambridge Union debating society and from the launch events for the UK edition of his book The Battle of Belonging.