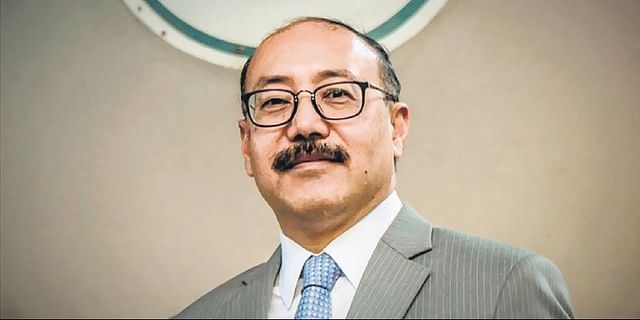 India and the UK are looking at concluding an interim trade agreement amid negotiations towards a Free Trade Agreement (FTA), Foreign Secretary Harsh Vardhan Shringla said on Thursday.

“We are negotiating a Free Trade Agreement as things stand. We are also looking at an interim trade agreement,” said Shringla.

“The visit of Foreign Secretary Liz Truss is planned to coincide with the UK Carrier Strike Group docking in Mumbai,” he said.

The Foreign Secretary noted that his counterpart, Sir Philip Barton, Permanent Under-Secretary in the UK Foreign, Commonwealth and Development Office (FCDO), is expected in India soon to take the trade talks forward.

“The real opportunity is with the UK’s place in the world. We have left the European Union and are in charge of our international trade and commercial policy and changed the way we approach migration to this country,” he said.

With reference to the sectors of India-UK cooperation, Shringla highlighted the financial markets, people-to-people ties through the new Migration and Mobility Partnership, a first-ever consular dialogue expected soon.

“We did have a devastating [COVID-19] wave but since then we have done everything we can to insulate against the impact of the COVID pandemic… Today is a landmark for India’s vaccination programme, we have crossed a billion doses and that is the greatest insulation we have against the pandemic,” he said.

With reference to the UK-hosted United Nations COP26 climate summit in Glasgow next month, the Foreign Secretary said India will be participating with a strong message and also expect promises of predictable finance to meet ambitious climate targets.

He said: “We are perhaps the only G20 country to have fulfilled our NDCs [Nationally Determined Contributions] and outperformed them. Our Prime Minister has said that India will not only meet its targets but exceed them. And, he has spoken to Prime Minister Boris Johnson. We intend to go in with a strong message, with full commitment to COP26. In order to meet these ambitious targets, developing countries will need access to climate financing, green technology. We need more than commitments, we need promises – predictable and consistent financing.”

India Global Forum, being held at the Taj Hotel in London, is a day-long series of dialogues organised by UK-based India Inc. Group with experts across different fields to explore the theme of “quantum leap” in UK-India relations, as laid out by Prime Ministers Narendra Modi and Boris Johnson in the 2030 Roadmap for bilateral ties.

“Quantum leap is very relevant when you see what’s on the table in the UK-India partnership,” said Shringla.