India, US discuss Indo-Pacific, regional issues ahead of 2+2 dialogue 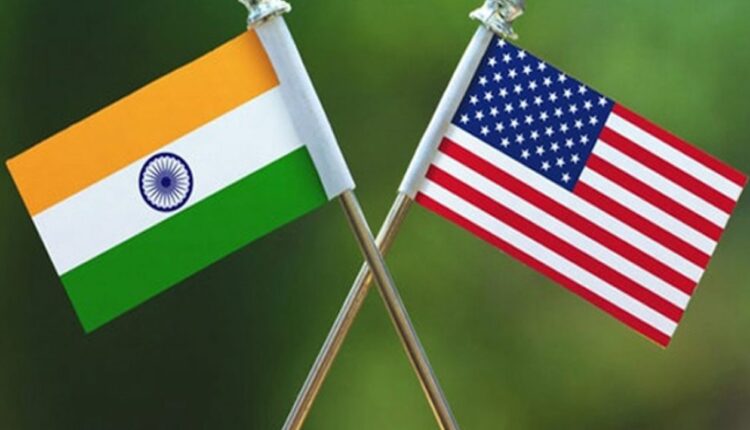 India and the US have discussed their flourishing defence partnership and opportunities for enhanced cooperation with like-minded partners to sustain a free and open Indo-Pacific as officials from the two countries held a meeting to lay the groundwork for the key 2+2 Ministerial Dialogue later this year, the Pentagon has said.

The meeting was co-chaired by Defence Secretary Ajay Kumar and US Under Secretary of Defence for Policy Colin Kahl on Friday, October 8, 2021.

The Pentagon said that the 16th US-India Defence Policy Group meeting laid the groundwork for an important 2+2 Ministerial Dialogue later this year, as the US and India opened a new chapter in the Major Defence Partnership.

US and Indian officials exchanged views on regional issues of shared interest, including in South Asia and the Indian Ocean Region, he said.

They also discussed opportunities for enhanced cooperation with like-minded partners to sustain a free and open Indo-Pacific, the official said.

“The leaders reinforced their commitment to deepening joint cooperation and interoperability between the US and Indian militaries to work more seamlessly together, including strengthening cooperation in new defence domains, such as space and cyber,” Semelroth added.

The 2+2 dialogue between India and the US would be held in November this year, Foreign Secretary Harsh Vardhan Shringla had said last month.

The last meeting of the 2+2 was held in New Delhi and the next meeting is to be hosted by the US.

The dialogue takes place between foreign and defence ministers of both sides.

On September 24, US President Joe Biden hosted the first-ever in-person summit of Quad leaders that vowed to strive for an Indo-Pacific region that is free, open, inclusive, anchored by democratic values and unconstrained by coercion, sending an apparent message to China.

China claims sovereignty over all of the South China Sea.

Vietnam, Malaysia, the Philippines, Brunei and Taiwan have counter claims.

China is engaged in hotly contested territorial disputes in both the South China Sea and the East China Sea.

Beijing has built up and militarised many of the islands and reefs it controls in the region.

Both areas are stated to be rich in minerals, oil and other natural resources and are also vital to global trade.

At President Biden’ invitation, Prime Minister Narendra Modi and his counterparts Scott Morrison from Australia and Yoshihide Suga from Japan attended the first in-person Quad summit during which they announced a slew of new initiatives to take on common challenges, amidst muscle flexing by an assertive China in the strategic region.

In 2016, the United States designated India as a Major Defence Partner.

Commensurate with this designation, in 2018, India was elevated to Strategic Trade Authorisation tier 1 status, which allows India to receive license-free access to a wide range of military and dual-use technologies regulated by the Department of Commerce.

The Bureau of Political-Military Affairs supported the increase in total defense trade with India from near zero in 2008 to over USD 20 billion in 2020, according to the State Department.

Kurz to quit as Austrian chancellor amid corruption probe