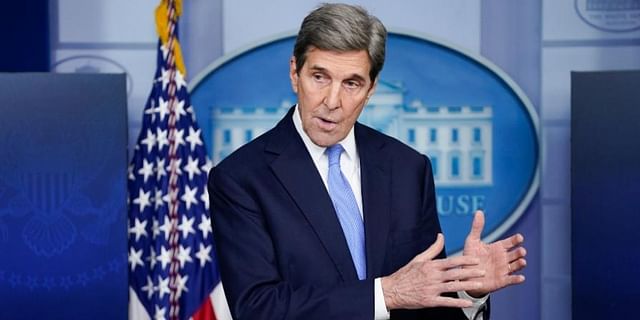 The ambitious India-US partnership in the area of climate change underscores the joint commitment of the two countries to take decisive action in this critical decade from 2020-2030, a top American official said on Thursday, stressing that cooperation in this sector is a central pillar for the bilateral relationship.

During his recent trip to India last month, US Special Presidential Envoy on Climate Change John Kerry said that he along with his Indian counterpart Bhupendra Yadav launched the climate action and finance mobilisation dialogue through which the two countries will work to chart pathways to decarbonise energy intensive sectors of the economy.

It will also mobilise the billions of dollars necessary to transition to clean technologies and fuels, and to construct a resilient infrastructure that is needed for the extreme weather being experienced now.

“This critical dialogue is one of two lines of effort under the US-India Climate and Clean Energy Agenda 2030 partnership, which was announced by President (Joe) Biden and Prime Minister (Narendra) Modi in April.

“Our partnership underscores our joint commitment to taking decisive climate action in this critical decade 2020 to 2030,” Kerry said in his address to the virtual India Ideas Summit being held by USD India Business Council.

The agenda shows how cooperation on climate and clean energy is a central pillar of the US-India relationship, he said, observing that private industry leaders have a really crucial role to play in realising these goals.

There’s an enormous opportunity to continue growing the clean energy market in India, and many companies have made enormous pledges to build renewable energy toward that 450-gigawatt goal, he said.

Frankly, there has never been a better time to invest in the energy transition.

Renewable energy is now cheaper than ever.

In fact, it’s cheaper to build a solar farm in India than anywhere else on the planet.

Investors are flocking to clean energy on a global basis, he said.

In India, Kerry said, he is pleased to see that investment in the clean energy transition is already rebounding after the worst of the pandemic, and it is now on track to surpass pre-pandemic levels.

The International Energy Agency forecast that if India seizes the clean energy opportunity, it could become the world’s largest market for batteries and solar battles, he noted.

“There’s a major opportunity for the two countries to expand our bilateral investment and trade and clean energy products and services to both of our economic benefit,” he said.

Beyond just deploying renewable energy, the two countries, he said, will also need to develop, demonstrate and scale up emerging technologies that will be crucial for a NetZero transition.

The International Energy Agency forecasts that roughly half of the emissions reductions needed for net zero by 2050 will need to come from emerging technologies not yet ready for commercial markets.

“So, US-India collaboration on exciting technologies such as clean hydrogen can advance affordable climate solutions for all sectors of the economy.