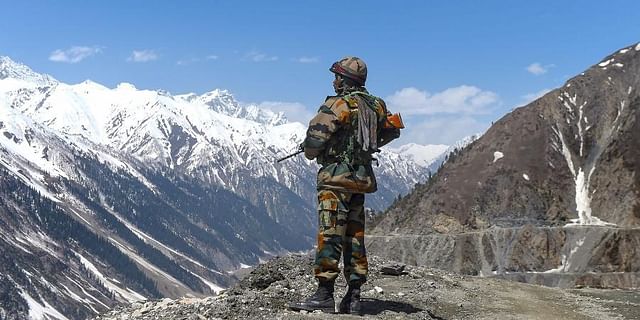 Even as the Indian Army and Chinese PLA remain locked in a standoff in eastern Ladakh, the area of the ‘Rest of Arunachal Pradesh (RALP)’ is gaining attention. Sources in the Army said India is boosting its road infrastructure and is reorienting its forces as China has scaled up infrastructure and deployment on its side.

Arunachal Pradesh is generally divided into Kameng area on the west and Rest of Arunachal Pradesh.
“The RALP is an area of concern for us,” said an Army source. “We have raised our deployment in the RALP.” “Till 2010 there was only one Army division for the entire RALP, but now a major deployment of the 3 Corps is responsible for the LAC,” he said, adding the Chinese have built roads all across.

The government has pushed the Border Roads Organisation to focus in the state. One of the biggest projects to connect the remote locations of Arunachal Pradesh is in process with Detailed Project Reports finalised. This will be the Trans-Arunachal highway that was delayed due to land compensation. This will be one of the toughest and biggest border road projects in independent India, Union Minister Kiren Rijiju has said.

Sources said for better integration of the border population and faster connectivity, two tunnels have been planned under Brahmaputra. The DPR for one of them is complete. The Engineer Task Force of the exclusive Mountain Strike Corps (17 Corps) is also busy developing the road infrastructure as they have specialised equipment to continue work in the harsh terrain. There has also been reorientation of the forces towards the LAC since peace prevails in the areas of the Northeast, sources said.

The RALP has gained attention since Chinese PLA mobilised its reserve troops to the training areas after the standoff began in eastern Ladakh. Lt General MK Pandey, Commander in Chief, Eastern Command recently said, “We have observed a build-up by China close to LAC essentially in terms of habitat. That has led to a proportionate deployment of troops.”

The Chinese have become aggressive, and have increased patrolling and frequency of the visits of their senior commanders, said a source.  The Eastern Command handles the 1,346 km long LAC, including areas in Sikkim and Arunachal Pradesh. This command has three corps — 33 Corps (Sikkim), 4 Corps (Kameng Sector) and 3 Corps (Rest of Arunachal Pradesh) to handle the LAC.