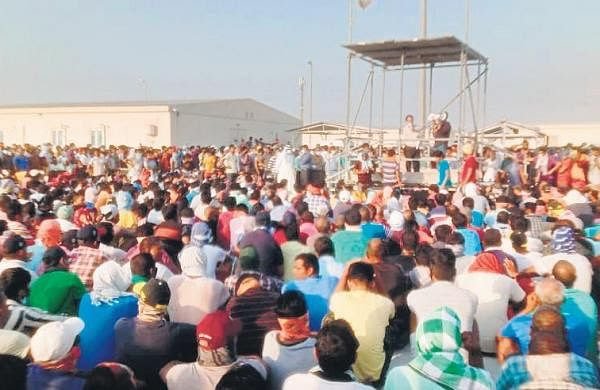 Several Indian workers stranded and allegedly ill-treated by their employer in Bahrain on Tuesday expressed their wish to return home at the earliest, even as the Indian Embassy in the Kingdom intervened and said the matter “has been resolved.”

The workers were taken from India, promising employment at Nasser S. Al Hajri Corporation (NSH) Bahrain, a sub-contractor of Bahrain Petroleum Company (BAPCO). They were allegedly ill-treated and denied the promised proper food and accommodation. When questioned, they were reportedly manhandled by the company’s security personnel, which TNIE reported on Monday.