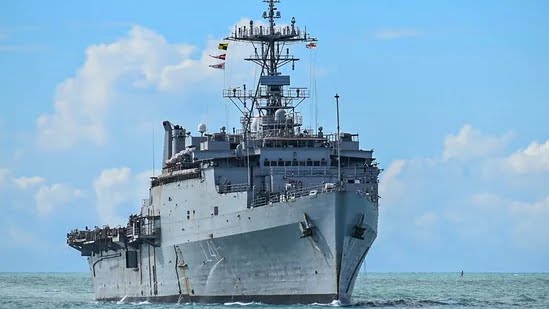 New Delhi, September 1: India is strengthening its military presence in view of the current situation. As another step in this regard, India on Tuesday signed an agreement with Bharat Electronics Limited . Based on this, Bharat Electronics Limited will develop the Naval Anti=drone System (NADS) in indigenous techniques. It will made in two versions of hard-kill and soft-kill.

The hard-kill anti-drone system also has anti-aircraft weapons. Similarly, soft-kill drone systems are used to capture infrared. NADS is capable of directing and jamming micro drones. It uses laser based killing mechanisms. NADS has been developed by DRDO. It will be manufactured by Bharat Electronics Limited.

Both the static and mobile versions of NADS will be supplied to Navy shortly. DRDO is ready to transfer technology to private companies to produce the anti-drone system.