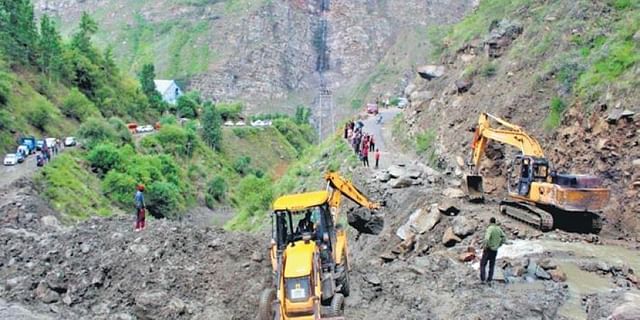 Widespread devastation, numerous road crashes and deaths caused by landslides in several parts of the country throughout the year have turned the spotlight on the urgent need for its early detection or monitoring systems.

Several groups of researchers in the country are working upon solutions to reduce landslide-induced fatalities by providing early and accurate warnings so that traffic can be stopped on certain routes and people are relocated to safer places in time.

Landslides are the third biggest natural disasters in the world, with India experiencing the biggest bulk of them — 15 per cent of the country is prone to landslides and India has the highest number of landslide deaths in the world.

Researchers at the Indian Institute of Technology (IIT) Mandi who claim to have developed the cheapest solution for landslide monitoring system across the globe are now experimenting with the same system across railway tracks.

“We have patented a surface-level motion sensor-based early warning system developed by our team.

The device gathers information about weather parameters, soil moisture, and soil movement and when it detects a large displacement of soil which could result in a landslide, it sends SMS alerts,” Varun Dutt, Associate Professor, IIT Mandi said.

“The sensors alerted officials about an imminent landslide on the Mandi-Jogindernagar highway, which helped the police turn away vehicles from the road before it was washed away.

The cost of installing our system is around Rs 80,000 which is the cheapest for such systems across the globe with the usual costs roughly being around Rs 2 crore,” he added.

“Three systems have recently been deployed in Dharampur along the Kalka – Shimla track with Indian Railways. Several other deployments are in the pipeline, which include several districts in HP, Maharashtra and Kerala,” Dutt said.

According to statistics shared by the Home Ministry in Parliament, nearly 6,800 people lost their lives in the country over the past three years due to hydro meteorological calamities such as flash floods, landslides and cyclones and West Bengal has recorded the highest deaths among all states.

When fishermen are warned against going to the sea in advance, people along the coast are shifted to safer locations and emergency teams are on alert to deal with any eventuality.

Such a system is lacking for landslides even though rainfall is the most common trigger that brings down the already destabilised slopes,” said a road safety expert.

Among the ongoing experiments for early detection of landslides is by Coimbatore-based Amrita Vishwa Vidyapeetham, which has set up real-time landslide monitoring and early warning systems in Munnar (Kerala) and Gangtok (Sikkim).

These places not only have a large landslide-prone area, but also a high number of people, livestock, houses and roads exposed to these disasters.

Among the states, Uttarakhand was found to be the most vulnerable owing to major pilgrimage routes.

Researchers at the Rajiv Gandhi Institute of Technology, Mumbai believe an early warning system can be used to minimize the impact imposed by landslide on human, damage to property and loss of live.

“The ability to monitor slope movements in timely fashion will inform the people of possible slope failures — giving them adequate lead time to relocate to a safer place as well as stop vehicular movement in the area.

“However, cable based monitoring systems are costly, require continuous maintenance, and are limited in their communication flexibility.

To overcome these limitations, wireless sensor networks and Internet of things are a viable alternative technology.

It monitors and detects the landslide and alert people from landslide hazards through android app,” he added.