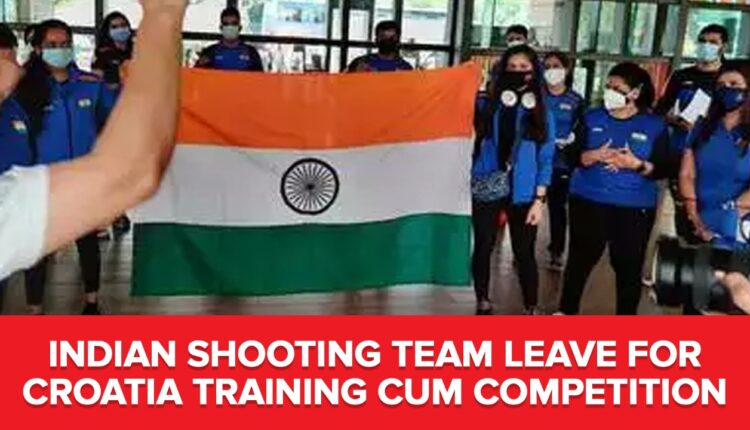 13-member Indian shooting team took off the Croatia capital Zagreb with coaches and support staff in tow, for the training camp before leaving for Osijek to take part in the European Championship (May 20-June 6) followed by the combined ISSF World Cup (June 22-July 3).

National Rifle Association of India (NRAI) tweet just before departure, “Team India takes off in 20 mins. Bon Voyage, Get the nose to the ground and work hard for your inevitable success team”.

The team left in a chartered flight arranged by NRAI. After the stint in Croatia, the team will directly leave for Tokyo to participate in the Olympics, beginning July 23.

The two Olympics bound shooters Angad Vir Singh Bajwa and Mairaj Ahmad Khan will be based in Italy. The Indians, including Gujoat Singh Khangura, took part in the ongoing shotgun World Cup in Lonato, where they could not make the final of the men’s skeet event on Monday.

There will be nine coaches for the 13 rifle and pistol shooters. As per the standard COVID-19 protocols in Croatia, the Indian contingent will serve a mandatory quarantine before starting the training.