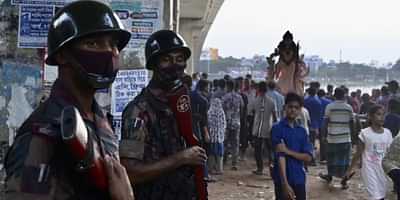 Bangladesh Prime Minister Sheikh Hasina on Tuesday instructed her home minister to initiate immediate action against those who incited violence using religion as she asked the people not to trust anything on social media without fact-checking.

Attacks on Hindu temples have intensified in Bangladesh since last Wednesday after an alleged blasphemous post surfaced on social media during the Durga Puja celebrations.

On late Sunday night, a mob damaged 66 houses and set on fire at least 20 homes of Hindus in Bangladesh.