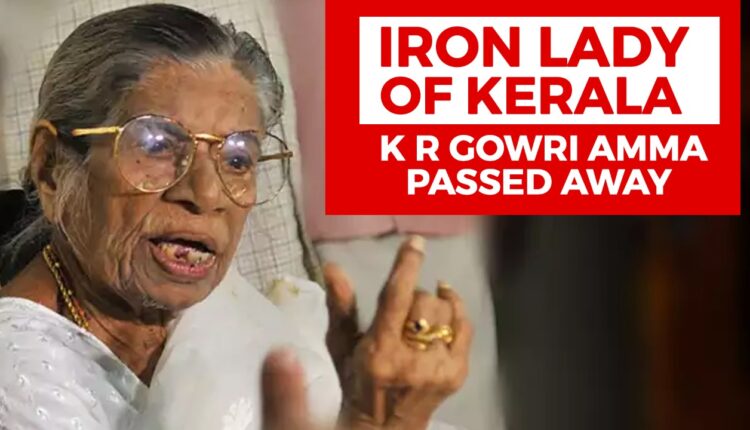 One of the powerful leader of the Communist movement in Kerala and the lone woman member in the State’s first Cabinet, passed away on Tuesday while undergoing treatment in the ICU. She was 102.

As per sources, former minister, Gowri Amma was suffering from various old age-related ailments for some time.

Gowri Amma’s vibrant political activism, fierce fights against the feudal system, strong stand taken for the women cause and exceptional administrative acumen have honoured her with the nickname ‘Iron Lady’ and helped her carve an exclusive space in the male-dominated politics of Kerala.

As the Revenue Minister in the Namboothiripad ministry, Amma played key role in bringing the revolutionary Agrarian Relations Bill which set the ceiling on the amount of land a family could own, paving the way of the landless farmers to claim excess land.

All Cricket matches scheduled in Srilanka