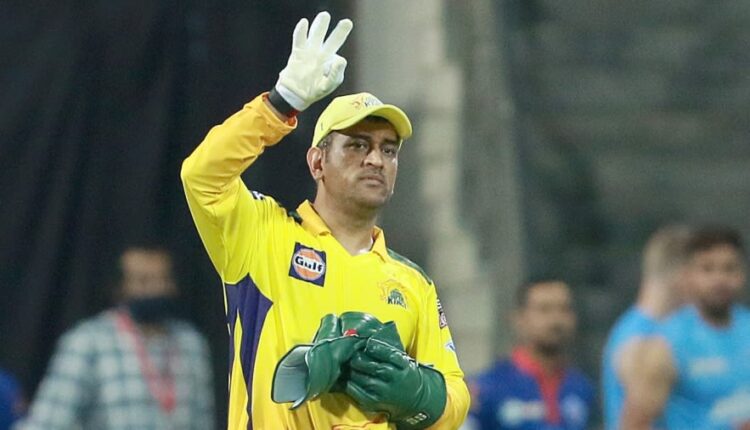 Chennai Super Kings captain Mahendra Singh Dhoni on Thursday lauded his team for making a strong comeback following a dismal showing last season after it qualified for the IPL play-offs for the 11th time.

CSK, the three-time former champions, had a disappointing outing last year when it failed to qualify for the play-offs for the first time ever.

However, the Dhoni-led team made a remarkable turnaround this year as it became the first team to qualify for the knockout stage after beating SRH by six wickets here.

“It means a lot, because the last time, we said we wanted to come back strong. We are known for that and there was a lot at stake,” Dhoni said in the post-match presentation.

“You won’t always win games and a lot didn’t go our way last time, and it’s important not to make excuses and we have done that this year.”

Crediting the team for the turnaround, Dhoni said: “The boys did well to keep the momentum going, and they’ve taken responsibilties to keep all departments of the game in balance so the players and the support staff get the credit.”

Opting to bowl, CSK managed to restrict SRH to 134 for 7 on the slow Sharjah wicket.

Dhoni said: “The bounce of the wicket was different – instead of knee height, it was shin height, and once the batsmen figured out that they have to hit straight, they succeeded.

“The bowlers tried to swing it up front and got hit straight when then pitched it up too much, but then adjusted very well.”

“I told the bowlers that they needed to exploit the conditions in today’s game. If the odd ball stopped early on, it started coming onto the bat later.”

CSK has won all the four matches in the UAE leg and now sits comfortably at the top with 18 points.

Opener Faf du Plessis, who scored 41, credited the balance of the team and its aggressive cricket for the turnaround this season.

“Our batting line-up is long, we have guys coming in and batting aggressively all the time, so even if one takes wickets, they’ll be batters coming out to score runs. Moeen has been a good addition as a second spinner,” he said.

“The balance I think is very good, that’s one reason for us doing well this season.”

SRH skipper Kane Williamson admitted they just didn’t have enough runs on the board to put pressure on CSK.

“Not quite enough runs. It wasn’t an easy surface and although we didn’t get enough we showed a fighting spirit in the last quarter with the ball,” he said.

“We need 10-15 extra runs with the bat though and we need to make those small changes. After the powerplay we were 40-something and although you feel like you want more, it was a good start on that surface.”

“You want to score a few more runs though, but we saw some nice contributions from the lower order We need to improve . This season has been a bit disjointed given that it was played in two halves, but we’ll look to grow and build some momentum.”

Number of weekly COVID-19 cases and deaths continue to decline globally: WHO