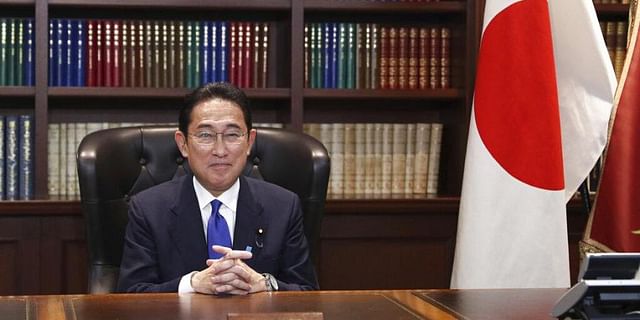 Kishida replaces his predecessor, Yoshihide Suga, who resigned with his Cabinet earlier in the day.

Kishida and his Cabinet will be sworn in later in the day.

Kishida, who replaced Suga as head of the Liberal Democratic Party leader last week, is tasked with quickly tackling the pandemic and other domestic and global challenges and leading an imminent national election within weeks.

A former foreign minister, Kishida used to be known as a dovish moderate but turned hawkish apparently to win over influential conservatives in the party.

He is firmly entrenched in the conservative establishment and his victory in the party election was a choice for continuity and stability over change.

All but two of 20 Cabinet posts under Suga will be replaced, 13 them appointed to ministerial posts for the first time, Japanese media reported.

Most of the posts went to powerful factions that voted for Kishida in the party election.

Only three women are reportedly included, up from two in Suga’s government.

Foreign Minister Toshimitsu Motegi and Defense Minister Nobuo Kishi are to be retained, ensuring continuity of Japan’s diplomacy and security policies as the country seeks to closely work with Washington under the bilateral security pact in the face of China’s rise and growing tensions in the region, including around Taiwan.

An urgent task at home will be turning around his party’s sagging popularity, hurt by Suga’s perceived high-handedness on the pandemic and other issues.

Kishida is expected to make a policy speech later this week before dissolving the lower house of Parliament ahead of the general election expected by mid-November.

He’ll also have to ensure Japan’s health care systems, vaccination campaign and other virus measures are ready for a possible resurgence of COVID-19 in winter, while gradually normalising social and economic activity.

Kishida said last week that his top priority would be the economy.

He aims to raise income of more people and create a cycle of growth and distribution.

FIFA urges players to get vaccinated against COVID

Pakistan talks about peace while its PM glorifies terrorists like Osama Bin Laden as martyrs: India at UN