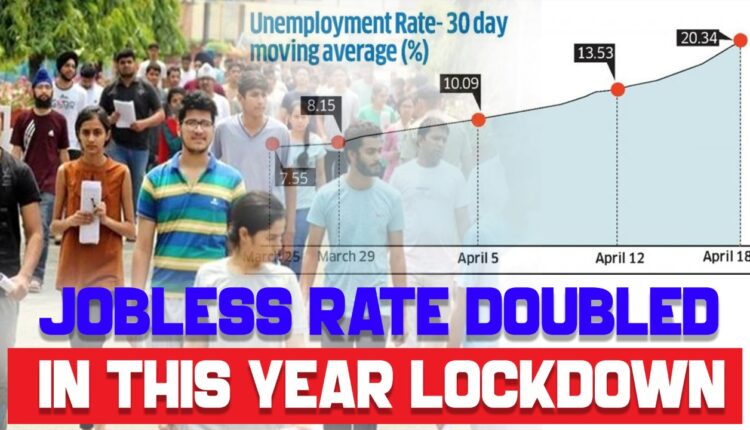 The lockdown had an immediate effect on the employment scenario in the country. According to data released by the Centre for Monitoring Indian Economy (CMIE), the rural unemployment doubled to 14.34% in the week ended May 16 from 7.29% in the previous week. While urban unemployment rate went up to 14.7% in the latest week under review from 11.72% in the week earlier.

The net number of job lost after the pandemic stood at about 5.5 million in March this year, compared with the number in 2019-20, while the number of salaried job lost was a staggering 10 million.

The rapid rise in the unemployment rate in village indeed reflected the spread of COVID-19 in rural areas, said CMEI’s MD and CEO, Mahesh Vyas.

IMD confirms over Cyclone in Odisha and West Bengal