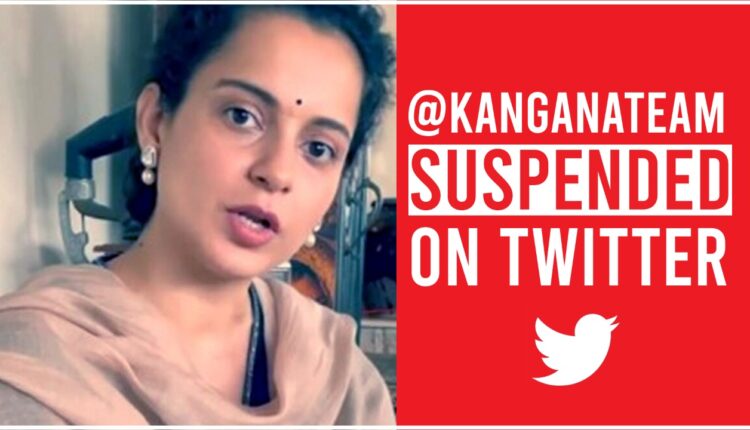 Kangana Ranaut’s handle @KanganaTeam posts on the violence reported from West Bengal after the elections.

The Bollywood actress had shared a video commenting on the reported violence that took place in West Bengal after the assembly election results were declared.

Kangana reportedly said in her post: “Distressed beyond words, death of democracy, important message for our government #BengalBurning #BengalVoice.”

Following the suspension, the actress came down heavily on the social media platform. In her response, the actress said that she has other platforms to raise her voice.