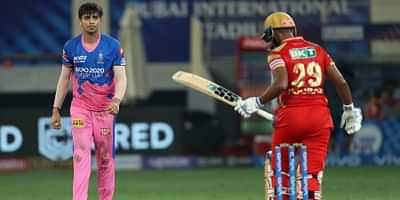 Punjab required four runs off the last six balls but Tyagi dismissed Nicholas Pooran (32) and Deepak Hooda (0) and gave away only one run to snatch the win for his team from the jaws of defeat.