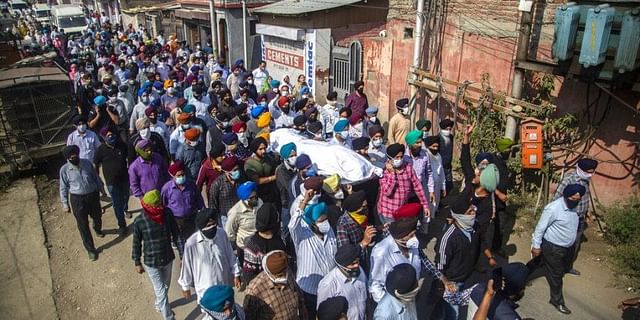 Kashmiri Pandits in the US have strongly condemned the recent targeted and gruesome killings of civilians in the Valley by the militants and asked the Indian government to re-evaluate its Kashmir policy and provide proper security to the minority community if it wants them to return.

At least seven people were killed by militants in Kashmir Valley in the last five days.

Of those killed, four belonged to minority communities.

The Kashmiri Overseas Association (KOA), a socio-cultural organisation of the Kashmiri Pandits in the US, has expressed shock and anguish over the gruesome killings of pharmacy owner Makhan Lal Bindroo, street food vendor Virender Paswan and two teachers — Deepak Chand Mehra and Supinder Kaur.

Kaur, a Srinagar-based Sikh, and Mehra, a Hindu from Jammu, were killed two days after The Resistance Force, a shadow outfit of the banned Lashkar-e-Taiba (LeT), claimed responsibility for the deaths of three people on Tuesday.

Bindroo, a prominent Kashmiri Pandit and owner of Srinagar’s most famous pharmacy, was shot dead at his shop that evening.

Minutes later, ‘chaat’ vendor Paswan from Bihar was gunned elsewhere in the city.

Almost simultaneously, another civilian, Mohammad Shafi Lone, was killed at Naidkhai in Bandipora.

Later that Saturday night, they gunned down Mohammad Shafi Dar at Batmaloo.

According to the KOA, emotions of rage and helplessness ran high when the Kashmiri Pandits residing in various parts of the US heard of the “gruesome, targeted killings of innocents in Kashmir by the terrorists”.

Modi’s government is for billionaires, not farmers: Priyanka Gandhi Vadra