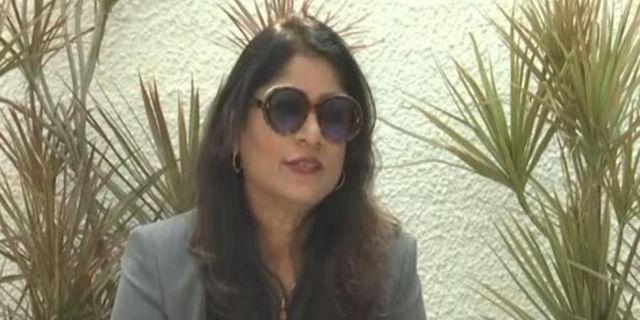 The relationship between the Maldives and India today is “stronger than ever” and New Delhi has been the first and best responder to Malé in all times of need, the island nation’s Defence Minister Mariya Didi has said.

In a recorded video message played during a defence conclave here on Thursday, Didi also appreciated India’s support to the Maldives in all areas of development.

“Today, the relationship between the Maldives and India is stronger than ever. It’s not anchored by our shared values, history and perspectives alone, India is and has been our first and best responder in all times of need,” she said.

From extending help after the 2004 tsunami disaster to recently assisting in fighting the COVID-19 pandemic, India’s helping hand was “the most immediate and visible,” she added.

In September last year, India provided financial assistance of USD 250 million to the Maldives to help it mitigate the economic impact of the pandemic.

Later, the Maldives thanked India for what it said was the “single-largest financial assistance from a donor during this pandemic”.

“On behalf of the president and the people of the Maldives, I express my deepest appreciation to the government and people of India for the long-standing tradition of assistance and support extended in all areas of our nation’s development,” Didi said.

In February this year, India had reaffirmed its commitment to the Maldives’ security and signed a USD 50 million defence Line of Credit agreement with the strategically vital Indian Ocean island nation to boost its maritime capabilities.

“We wish India all the best in its efforts to build an ‘Atmanirbhar India’, a beacon of self-reliance and a hinge of stability in our neighbourhood and beyond,” Didi said.

The defence conclave was held at the Constitution Club of India here and attended by defence experts, industry leaders and military attaches of various foreign countries among others.

“The large and diverse Indian Ocean Region, through which two-thirds of global oil trade and one-third of global cargo trade passes faces multiple trans-border security challenges in the form of non-traditional threats. This includes piracy, arm robberies at sea, terrorism, trafficking in narcotics, illegal fishing and the dangers posed by natural and man-made disasters and climate change,” Gunaratne said in his video message.

All neighbouring countries in the region should enhance collaboration on maritime safety and security in order to ensure peace, stability and sustainable economic growth in the Indian Ocean Region, he said.

He touched upon the massive global implications of the COVID-19 pandemic and urged that it called for collaboration among the countries in the region.

Friendly countries in the IOR must enhance their collaboration to discover different avenues in redefining the aspects of environmental security as well, he added.

India, Sri Lanka and the Maldives had participated in the fourth National Security Advisor-level trilateral meeting in Colombo last year and “intense deliberations” were held on enhancing maritime security cooperation in the IOR, the Lankan defence secretary said.

Didi, in her address also, said the defence conclave was a “testament to India’s unmistakable leadership in fostering collaboration and cooperation in IOR” under her robust SAGAR (Security and Growth for All in the Region) policy.

The initiative also signifies India’s keen interest towards building a “free, open and rules-based Indo-Pacific” as part of the QUAD grouping comprising, Japan, India, Australia and the United States, she said.

There is no doubt that India, given its size, geography, wealth and vitality is “central to creating an atmosphere of confidence and goodwill in the Indian Ocean Region and beyond”, she said.

“And, we cannot overstate how important maritime security is for the Maldives. The ocean has been our life blood since as far as back of our history reaches,” Didi said and underlined that the Indian Ocean is to the Maldives, what the Ganges has been for the Indian subcontinent for millennia.

The Maldivian defence minister also highlighted the problems faced in the region such as illicit maritime activities, including piracy, smuggling of migrants, human trafficking, narcotics trafficking and the need to ensue safeguarding of Maldives’ essential fish stocks from encroachment by foreign vessels in the form of “illegal unreported and unegulated fishing”.

“We continue to implement measures internally to increase our maritime domain awareness while partnering with neighbouring military for joint patrol and exercises, India being the foremost among them.

“We are also strengthening our response and preparedness against terrorism and violent extremism, which has become a regular threat in the 21st century, as seen in Christchurch attacks in New Zealand, Easter Sunday bombings in Sri Lanka and May 6 terror attack in Male,” she added.