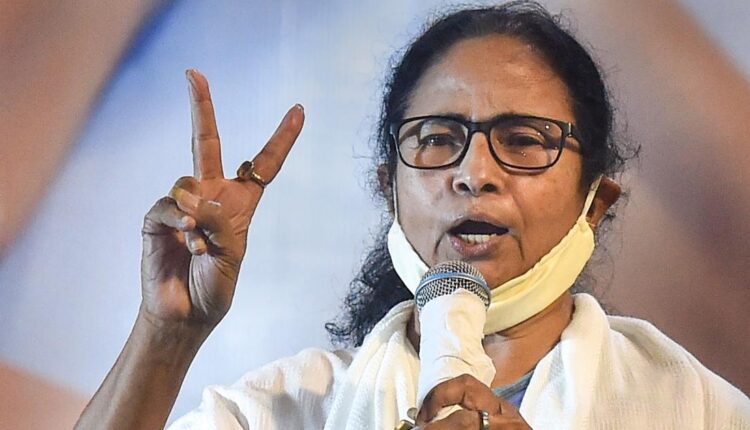 Trinamool Congress supremo and West Bengal Chief Minister Mamata Banerjee has won the Bhowanipore by-election by a margin of 58,832 votes.

Earlier, the Election Commission has revealed that she was leading BJP’s Priyanka Tibrewal by 52,017 votes after the sixteenth round of counting on Sunday morning

The TMC was also leading in Murshidabad’s Samserganj and Jangipur where counting of votes for assembly elections was underway.

Banerjee, the TMC candidate in the Bhawanipore seat in south Kolkata, bagged 76,413 votes and BJP’s Priyanka Tibrewal got 24,396 votes, as per official data after the seventh round of counting.

Total 21 rounds of counting will be held in Bhabanipur.

Trinamool candidates in Jangipur and Samsherganj Assembly constituencies are leading by 15,743 and 5,190 votes respectively.

In Samserganj, TMC candidate Amirul Islam was leading by 3,768 votes after the fifth round of counting.

He secured 19,751 votes, while his nearest rival, Zaidur Rahaman of the Congress, received 15,983 votes.

Jangipur’s TMC candidate Jakir Hossain was leading by 15,643 votes after the second round of counting.

State minister Firhad Hakim said Mamata would win the by-poll with a lead of more than 50,000 votes which will be the ruling party’s record in this Assembly elections.

Voting in the seats was held on September 30.

Celebrations have already started in Kalighat where Mamata’s residence is located, whereas BJP headquarters at Central Kolkata donned a deserted look. Though the office is open, bt no party functionaries turned up.

Taliban raid suspected IS hideout after bombing outside Kabul mosque