MoEF to all state PCCF: tell media ‘not’ to portray elephants negatively with harsh remarks 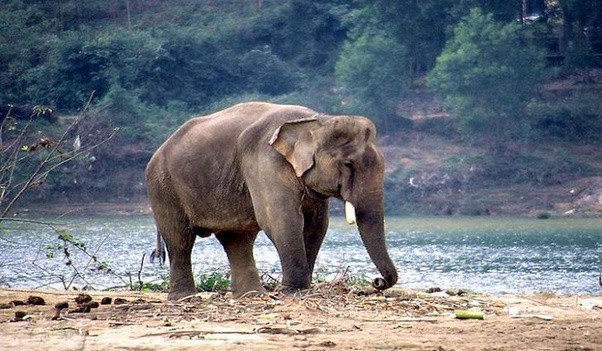 Ministry of Environment and Forest (MoEF) had expressed concern over the usage of rough derogatory terms to portray elephants’ aggression particularly by the Hindi-language media, and instructed the principal chief conservator of forests (PCCF-wildlife) of all states to convey the media in their respective areas to avoid such words.

The ministry acted following the objection raised by a Chhattisgarh-based wildlife enthusiast Nitin Singhvi who cited that the “harsh Hindi words are often been used for elephants by the fourth pillar of our democracy — both print and electronic media. And such persisting practice might create adverse impressions about elephants among the people”.

He appealed to the MoEF to direct the PCCF of all states to tell the media to avoid using such words.

“Elephant is the only animal on the earth addressed with the lovely words like August animal, Dignified animal, Majestic animal, Regal Demeanour, Gentle species and what not. Such admiring words are not even used for homo sapiens (human beings). But regretfully the media particularly the Hindi language are frequently using demeaning and undignified words for the majestic animals, at least this is happening in Chhattisgarh and adjoining states”, Singhvi averred.

Appreciating the concern and welcoming the initiative by the MoEF, Prakash Sasha of the Elsa Foundation, (an organisation devoted to elephant welfare), agreed that unfortunately many media outlets are portraying the wild animals in a negative sense. “It will develop hatred for the elephants, lead to greater conflict or violence and even the new generations might gain the wrong understanding jeopardising the scope of co-existing with the wild pachyderms in future”, Sasha opined.

In this context the MoEF has asked all PCCF (wildlife) to look into the matter and initiate appropriate action.