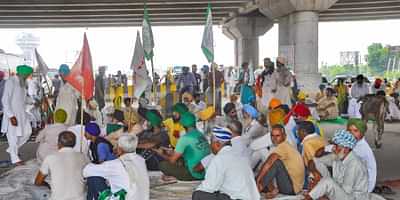 “You have strangulated the entire city and now you want to come within the city and start protest again here,” the Supreme Court on Friday told a farmers’ body protesting against the three farm laws and seeking directions to authorities to allow it to stage satyagrah at Jantar Mantar here.

A bench of justices A M Khanwilkar and C T Ravikumar told the counsel appearing for petitioners ‘Kisan Mahapanchayat’, a body of farmers and agriculturists, and its president that once they have approached the court against the three farm laws, they should have trust in the judicial system and let the matter be decided.

The apex court said citizens have equal rights to move freely and without fear and their properties are being damaged in the protest.

The court said “There has to be some balanced approach.”