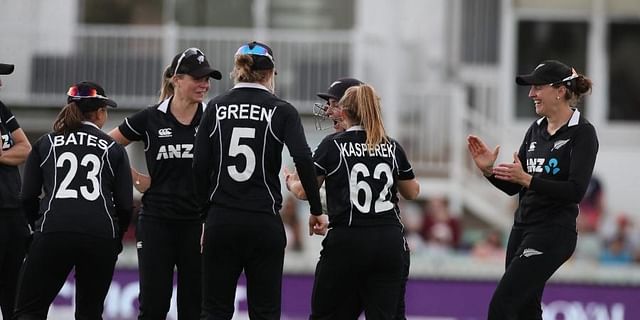 New Zealand Cricket (NZC) on Tuesday confirmed that the England and Wales Cricket Board (ECB) has received a threatening email relating to NZC.

Although this did not specifically reference the New Zealand women’s cricket team, it was treated seriously, investigated, and deemed not credible.

“The WHITE FERNS have now arrived in Leicester and, as a precaution, security around them has been boosted. Reports their training has been cancelled are false,” NZC said in an official statement.

They were not scheduled to train today (Monday) as it was a travelling day. NZC will not be commenting further on the matter,” it added.

The third ODI of the series between England and New Zealand is now set to go ahead after a security threat was deemed by NZC to be “not credible”.

As per ESPNcricinfo, a member of the New Zealand team management was contacted and he was told that a bomb would be placed at the team hotel. The side was also warned of an attempt to place a bomb on their plane when they return to New Zealand.

As a result, The White Ferns went into lockdown on Monday, and the police and counter-terrorism agencies were called in.