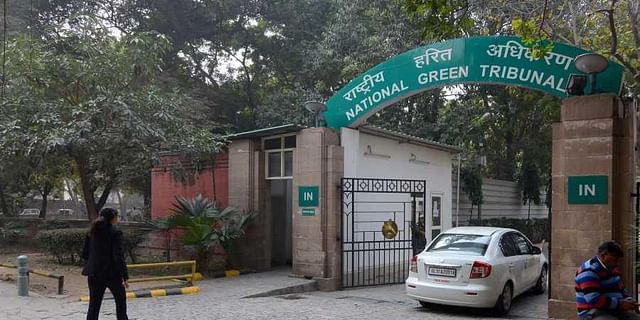 The National Green Tribunal (NGT) has directed to stop construction activities and felling of trees for an iron ore pellet plant which KAI International Private Ltd plans to set up in Kapand area under Kaptipada tehsil in Sundargarh district.

The NGT’s East Zone Bench in Kolkata on Friday was hearing a petition filed by Chittaranjan Mahanta and other villagers of the locality along with Prafulla Samantara, a noted environmental activist.

The petition sought the tribunal’s intervention alleging construction activities over 167 acre of land and felling of around 10,000 trees by a private party for setting up of the plant without environmental clearance.

Appearing on behalf of the petitioners, advocate Sankar Prasad Pani pointed out that the area on which the construction activities had been undertaken is contiguous to the Kukia reserve forest.

Several other reserve forests within a 10 km radius are the habitat of wild animals and endangered species of different flora and fauna of the area, Pani submitted.

Observing that the matter requires consideration, the bench comprising Justice B Amit Sthalekar (judicial member) and Justice Saibal Dasgupta (expert member) said, “Considering the fact and situation that so far environmental clearance has not been granted by the Ministry of Environment, Forest & Climate Change, we direct that no construction and felling of trees shall be done at the site in question by M/S KAI International Private Ltd including the boundary wall etc till further orders”.

While posting the matter to December 3, the bench said, “We further provide that the State government in its affidavit must inter-alia state categorically the number of trees felled and cost of the trees which have been felled and what action has been taken thereon if violation is found.”

Grateful to PSG because they have treated me very well, says Lionel Messi