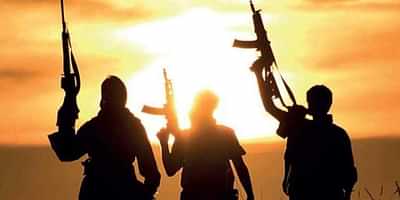 Jaish-e-Mohammad (JeM) and Lashkar-e-Taiba (LeT), the two terror groups that have been working in coordination for some time, are planning to carry out a major attack in south Kashmir by “ripping the national highway to shreds” with a series of IED explosions, intelligence inputs suggest.

“There are threats of IED attacks on National Highway-44 from Qazigund to Khanabal axis in south Kashmir,” said a senior intelligence official, who refused to share more details. Although security forces have been taking precautions since the Pulwama attack in February 2019, in which 40 CRPF personnel were killed, the latest input has sent all security agencies in Kashmir into a tizzy. Sources told TNIE that an even greater vigil was being maintained, especially over the transport of personnel and ammunition.

According to highly placed sources, several inputs suggesting a “major attack” on the forces have been received since the Taliban’s takeover in Afghanistan on August 15. Anti-India terror groups such as JeM and LeT, along with outfits such as Hizbul Mujahideen and Al-Badr, which have been lying low over the past few months, have become highly active and collaborative, the intelligence inputs suggest. The JeM, founded by Masood Azhar, has carried out several dastardly attacks in India including the 2001 Parliament attack. There have been reports about Azhar meeting Taliban top leaders in Kandahar in the third week of August, seeking support for ‘India-centric operations’.

The Taliban and the JeM are believed to have been working in tandem for quite some time now and have expressed similar sentiments in interpreting Sharia. While LeT is the most active group in the Valley, the JeM, desperately trying to make an impact, has been focusing on consolidating its organisation network in south Kashmir, the official said.