NHRC issues notice to UP & Bihar against floating dead bodies 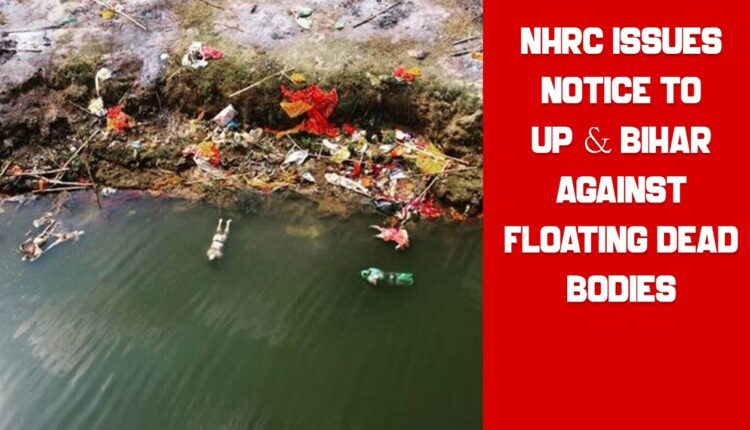 India has been badly hit by the second wave of COVID-19 infections and cremation grounds and burial grounds across the country have been overburdened.

The National Human Rights Commission (NHRC) has issued notices to the Chief Secretary of both the states Uttar Pradesh and Bihar and Union Ministry of Jal Shakti on Thursday, calling for action taken report within four weeks about several bodies found floating in Ganga river in the two states.

In its statement, NHRC said, ‘the practice of disposal of dead bodies in our sacred river Ganga is clearly in violation of guidelines of the National Mission for Clean Ganga project of the Ministry of Jal Shakti. ‘

The complaint noted that the disposal bodies in such a manner may seriously affect all those people who are dependent on the Ganga for their day-to-day activities, the NHRC mentioned.