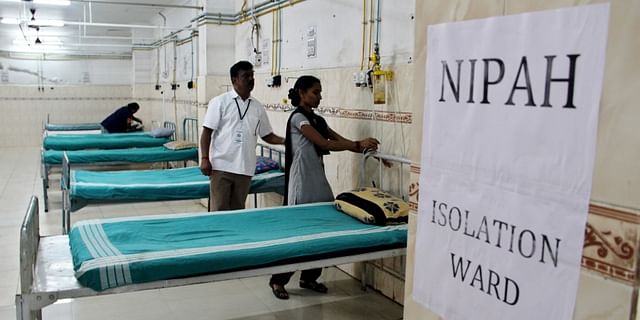 The fresh outbreak of the deadly Nipah virus, which has killed one and infected a few others in Kerala might be a double whammy for the state reeling under Covid-19, but experts feel curbing  Nipah should not be a massive problem.

Nipah’s high mortality — 68%, 100% and 91% in the three outbreaks in India so far — makes it fearsome, but the high lethality also curbs opportunities for the virus to spread, which means it is easier to douse a Nipah outbreak than a Covid-19 outbreak.

The Centre on Sunday rushed a team of the National Centre for Disease Control experts to Kerala after a 12-year old boy, diagnosed with Nipah in Kozikode, died.

A list of 100 persons who came in contact with him has been prepared and they are being monitored. At least two relatives are said to have developed symptoms.

Caused by a highly pathogenic virus, Nipah is understood to be carried by bats and is transmitted by spill-over to humans and livestock.