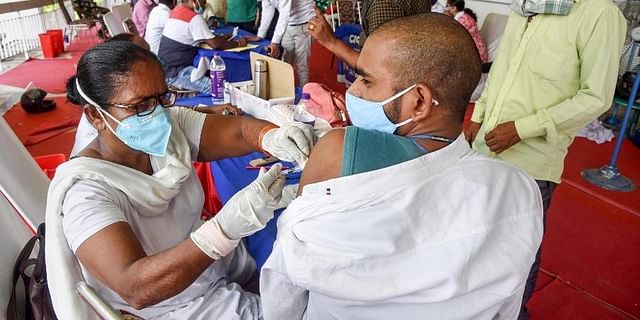 While there have been no cases of new Covid-19 variants Mu, South African C.1.2 in India so far but the national genomic surveillance consortium Friday called for “more strongly implementing” existing recommendations on sequencing of positive samples from international travelers.

The weekly bulletin from the Indian SARS-CoV-2 Genomics Consortium (INSACOG) shows that Delta and Delta sub-lineages continue to be the main VOC (variants of concern) in India and AY.4 is the most frequently seen sub-lineage in recent sequences from India, as well as globally. Of the 63,774 samples of Variants of Concern and Variants of Interest sequenced by the INSACOG, 42,833 were Delta.

The WHO added B.1.621 (including B.1.621.1) to the list of VOI (variants of interest) on August 30 and gave it the designation “Mu”. It has mutations that indicate potential immune escape properties. There appears to be a reduction in neutralization capacity of convalescent and vaccine sera, similar to that seen for the Beta variant, but this needs to be confirmed by further studies.

WHO has also added C.1.2 as a new VOI. It is a sub-lineage of the C.1 variant described in South Africa but did not spread globally. The C.1.2 variant seems to have undergone many mutations in a short time, and contains mutations of all the three types that have previously been found to be important for transmissibility and immune escape

The INSACOG data portal has now started including sub-lineage labels up to AY.12 to enable better tracking. The latest update from the PANGO network now takes the classification to AY.25, with the following notification – “as previously outlined for AY.4-AY.12, each of the new AY.13-AY.25 lineages show significant geographical clustering and these lineages have been designated to help researchers track the virus on a finer scale.

However, their designation does not imply any functional biological difference from B.1.617.2 and, like B.1.617.2, they correspond to the WHO-defined Delta variant.”

The INSACOG reports genomic surveillance of SARS-CoV-2 across the country through sequencing of samples from Sentinel sites and also detailed State wise district analysis for some states under State MoUs.