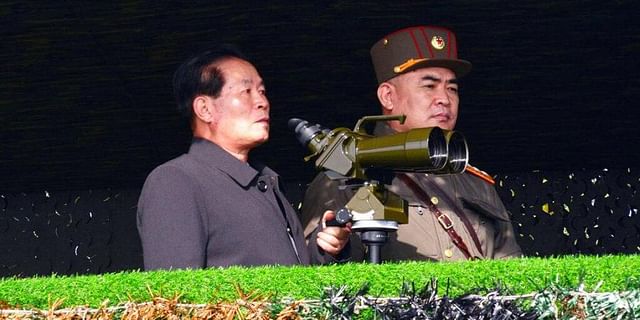 North Korea has conducted artillery firing exercises to bolster its defense capability, state media reported Sunday, its latest weapons test as Pyongyang continues to pressure Washington and Seoul to abandon what it calls their hostile policy toward it.

Leader Kim Jong Un was not mentioned in the report, suggesting he did not observe the training. He supervised a similar artillery firing drill last year.

This year’s drills were designed to inspect the mechanized units’ progress in their mobile combat capabilities and to further intensify competitive training throughout the North’s military, KCNA said.

Since September, North Korea has test-launched a series of newly developed missiles, including nuclear-capable weapons that place U.S. allies South Korea and Japan within striking distance. Some experts say North Korea wants its rivals to accept it as a nuclear power state and work to ease international sanctions on the country.

The North’s artillery tests draw less outside attention than its missile tests, particularly ballistic weapons launches that are banned by multiple U.N. Security Council resolutions. But its long-range artillery pieces deployed near the border with South Korea pose a serious threat to the South’s populous metropolitan region and other areas, experts say.

U.S.-led talks aimed at ending North Korea’s nuclear program collapsed in early 2019 amid bickering over the sanctions. U.S. officials have recently offered a resumption of talks with North Korea without any preconditions. The North said it won’t return to the talks unless the United States first abandons what Pyongyang calls its hostile policy, an apparent reference to the sanctions and regular military drills between Washington and Seoul.