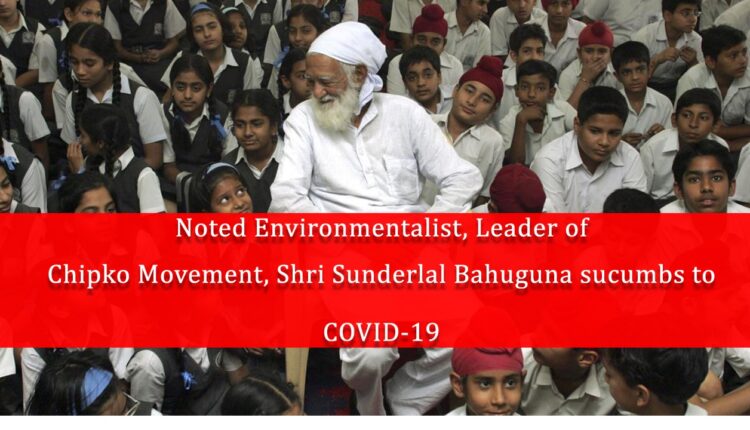 Expressing his sorrow, President of India Ram Nath Kovind tweets, “The demise of Shri Sunderlal Bahuguna marks the end of a glorious chapter in the field of conservation. A ‘Padma Vibhushan’ awardee, he was a Gandhian to the core. A legend in his own right, he made conservation a people’s movement. My condolences to his family and admirers.”

At the same time, Prime Minister, Narendra Modi tweeted, “Passing away of Shri Sunderlal Bahuguna Ji is a monumental loss for our nation. He manifested our centuries-old ethos of living in harmony with nature. His simplicity and spirit of compassion will never be forgotten. My thoughts are with his family and many admirers. Om Shanti.”