Noted Sculptor Raghunath Mohapatra succumbs to COVID, He was 78 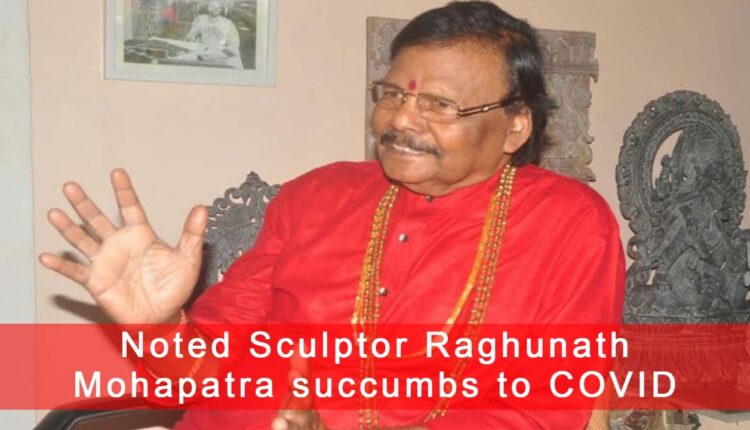 Noted Sculptor Padma Vibhushan of Odisha and Rajya Sabha MP, Sri Raghunath Mohapatra succumbed to COVID-19 while undergoing treatment at AIIMS, Bhubaneswar on Sunday. He was 78.

People from several field including the Chief Minister of Odisha, Naveen Patnaik, condoled Mohapatra’s death. Taking to tweeter the CM wrote in Odia, “Mohapatra will always be remembered for his profound contribution to the state in field of art and heritage. I extend my deep sympathy to the bereaved family. May his soul rest in peace”

As per CM’s direction the last rites done with full honour today.

As per sources, Mohapatra was admitted to All India Institute of Medical Science on 22nd April and later shifted to ICU of the healthcare facility after his health deteriorated on April 25 he was on ventilator support.

Hailing from Puri, Mohapatra was born on 24 March 1943. He was awarded the Padma Vibhushan in 2013, the Padma Bhushan in 2001 and Padma Shri in 1976. Sri Raghunath is famous for his stone-craving work. He has trained more than 2,000 students and helped restore many monuments.

Himanta Biswas to be 15th CM of Assam