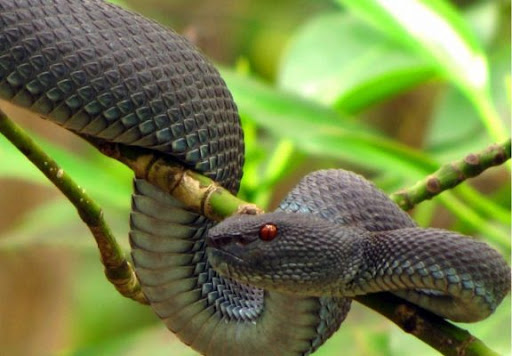 Pit vipers are a group of venomous snakes that are predominantly found in wet, humid forests and mountains as well as in a few dry forest habitats. Earlier there were only three species, but during research and field studies, Mallik came to know about four cryptic species. Though morphologically they look similar with minor differences including the scale count, genetically they are different.

“Our study revealed the presence of a South Asian radiation of the clade Craspedocephalus. We also found the systematic relationships of four Peninsular Indian species of Craspedocephalus including Peltopelor Macrolepis and Strigatus, sequenced here for the first time and that are classified as members of Craspedocephalus,” Mallik, a visiting researcher in Indian Institute of Science (IISc) said.

Samples were collected from both the Western and Eastern Ghats and Northeast India as part of Indo-Chinese sub-region. Snakes were captured alive and tissue and scale samples were collected by non-intrusive methods. The reptiles were then released unharmed after sample collection and measurement. The new study has been published in the recent issue of Vertebrate Zoology, a scientific journal. Earlier, he had described five new species of vine snakes in the country.