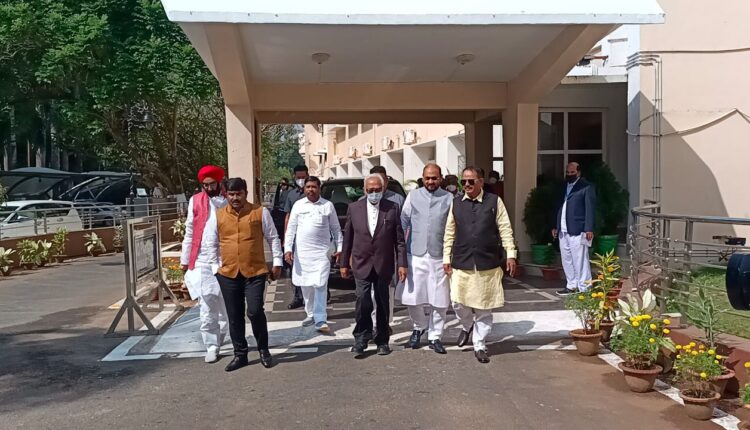 Bhubaneswar | Odisha : Second consecutive day Odisha state assembly couldn’t function as opposition party leaders stalled the session with slogans against the government demanding sacking of Home Minister (MoS) Dibya Sankar Mishra over the Mamita Meher murder case. The government is in the dock for alleged shielding of DS Mishra who is being accused by the opposition of having connection with the murder case. It is to be known that the main accused has been nabbed and sent to judicial custody. His association with the MoS Home Dibya Sankar Mishra has raised concerns over his involvement.

Today Congress Legislative Party leader Narasingha Mishra led the delegation of Congress MLAs to meet the DGP Odisha over the Mamita Meher murder case. Odisha Congress’ Twitter handle shared a tweet of Narsingha Mishra which he tweeted from his handle  – “The truth behind Mamita Meher’s murder can only be unearthed by a High Court monitored SIT probe. Police action so far is concealing more and revealing less.” Ileana D’Cruz soars up the temperature in a white bikini from Maldives, fans go crazy