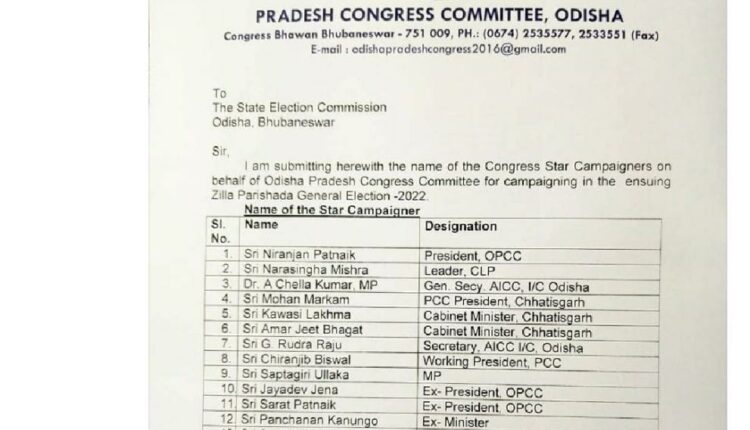 This list has been sent to the State Election Commission, Odisha for the ensuing Zilla Parishad Elections 2022 by the under signed OPCC Vice President Jagneshwara Babu.

Opportunities galore in India for investors and industry stakeholders: Sitharaman to…