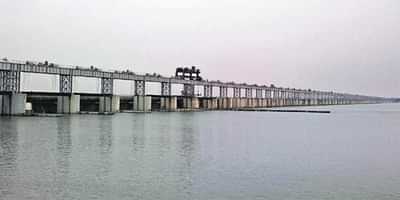 The Odisha government on Thursday ruled out the possibility of a major flood in the Mahanadi river system even as the water level of the Hirakud dam continued to increase during the day.

Dhirendra Samal, the engineer-in-chief at the Water Resources Department told the media persons that 6.6 lakh to 7 cusecs water is passing through the Mundali barrage. He further said that by the time the excess floodwater released from Hirakud dam reaches Mundali, the local drainage of water would have taken place. Samal stated that the water level will not increase and the chances of a flood are unlikely.

The water level of Hirakud reservoir was 628.65 feet by 12 noon with an inflow of 5.20 lakh cusec and an outflow of 4.8 lakh cusec water. However, as there is no possibility of any heavy rainfall in Chhattisgarh at the upper catchment area of the Hirakud dam, the water level is expected to stabilise.

Samal said that excess water released from the Hirakud dam on Thursday through four more gates will take 36 hours to reach the Mundali barrage. Even then 7 lakh cusec to 7.5 lakh water will flow through the barrage, he added

India calls out Pakistan, OIC for K-anard at UNHRC session