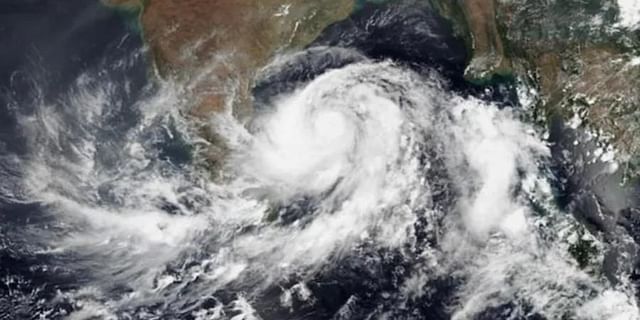 Odisha Government deployed its rescue and relief teams at vantage points as cyclonic storm ‘Gulab’ moved nearly westwards with a speed of 17 km/hour in the last six hours and lay centered at 11.30 am on Sunday about 140 km east-southeast of Gopalpur in Odisha and 190 km east-northeast of Kalingapatnam in Andhra Pradesh.

Gulab is likely to move nearly westwards and cross north Andhra Pradesh-south Odisha coasts between Kalingapatnam and Gopalpur as a cyclonic storm with a maximum sustained wind speed of 75 km/hour-85 km/hour and gusting up to 95 km/hour around midnight.

Chief Minister Naveen Patnaik reviewed the cyclone situation and emphasized on zero casualty approach. Naveen also asked the authorities to strictly follow Covid-19 protocols during rescue and relief operations. He directed that schools in 11 districts that will face the cyclone impact shall remain closed on Monday.

The State Government has put seven districts on high alert and rushed rescue teams to the vulnerable areas. The government has asked officials to evacuate people from low-lying areas and shift them to safety.

Apart from rain and wind, special attention is being given to guard against landslide. Pregnant women and those with small children have already been shifted to cyclone shelters in souther Odisha districts well in advance.

“The landfall process is expected to commence after 9 pm on Sunday. One or two places in Ganjam, Gajapati, Kandhamal, Rayagada, Nabarangpur, Koraput and Malkangiri districts will likely experience over 200 mm rainfall under the influence of the storm,” said Bhubaneswar Meteorological Centre Scientist, Umasankar Das.

The entire coastline in the State will receive rainfall, and Bhubaneswar is likely to experience one or two intense spells of showers (20 mm) on the day, he added.

During the tropical storm’s landfall, wind speed gusting up to 95 km/hour is expected over Ganjam and Gajapati and the two districts are expected to sustain maximum impact in Odisha.

Wind speed reaching 55 km/hour-65 km/hr and gusting up to 75 km/hour is likely to prevail over Puri and Khurda, Rayagada and Koraput districts when Gulab will hit the coast.

After the landfall, the cyclone is likely to weaken into a depression within six hours, said Das.

Light to moderate rainfall in association with the outer spiral bands of the system has commenced over south coastal Odisha and coastal Andhra Pradesh in the wee hours of Sunday.

Currently, the cyclone is being monitored by doppler weather radar in Visakhapatnam.