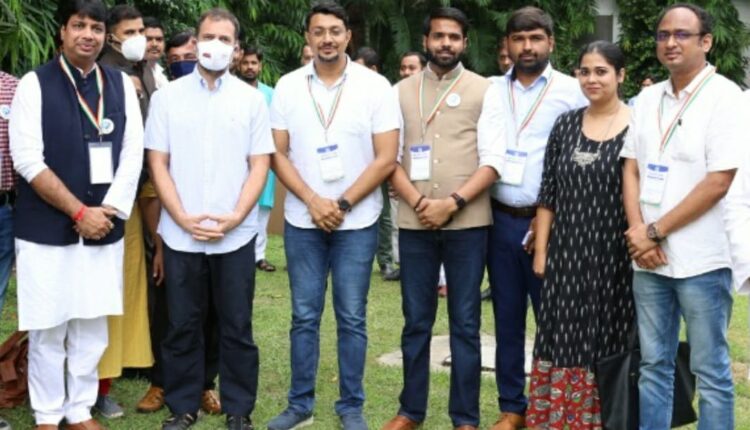 Mr. Mahananda is in Delhi for a two-day national camp with three members of his team. There, the Odisha Social Media Team met Rahul Gandhi with the chairman of the National Social Media, Shri Rohan Gupta. Mahananda was joined by Samsida Tayyab, Pawan Sharma and Manisha Nanda.