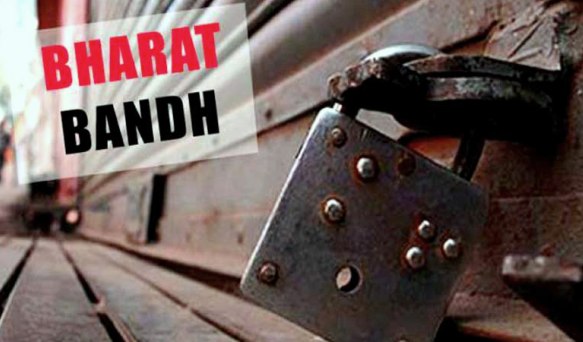 A call for Bharat Bandh on September 27 (Monday) has been given by the Samyukt Kisan Morcha (SKM), an umbrella organization of over 40 farm unions spearheading the farmers’ agitation.

A decision in this regard was taken at a meeting of various party leaders at Congress Bhawan here on September 15. Leaders of CPI, RJD, Samajwadi Party and NCP were present at the meeting.

The left parties will also extended their support for the strike.

The Odisha government has asked its employees of major offices in Bhubaneswar to reach office by 9.30 am on that day.

State’s Special Secretary, Home, Santosh Bala has advised Secretaries of all departments to ask their officers and employees working at the Lok Seva Bhawan, Kharavela Bhawan, Rajiv Bhawan and the heads of departments to reach office at least by 9.30 a.m. on the day of the protest to facilitate their smooth entry.

This direction was issued as the government apprehended that the protestors may stop vehicular and rail traffic, close down business establishments, and picket government offices, banks and educational institutions.

As a precautionary measure, the front gates of the Lok Seva Bhawan (State Secretariat) will be closed at 10.15 a.m. on that day and all the passage will be regulated through rear gates. However, the connecting gate between the Red Building and Main Lok Seva Bhawan will remain open, Bala said.

The government has restricted entry of visitors to these above office buildings on the strike day. Persons having prior appointment and have urgent meetings will be given entry passes on the recommendations of the department concerned by the Special Secretary, Home. The visitors will leave immediately after the meeting, she said.

All the employees have been advised to remain in their seats and attend to their duties without undue movement.

Three members of a family killed for practising witchcraft in Jharkhand