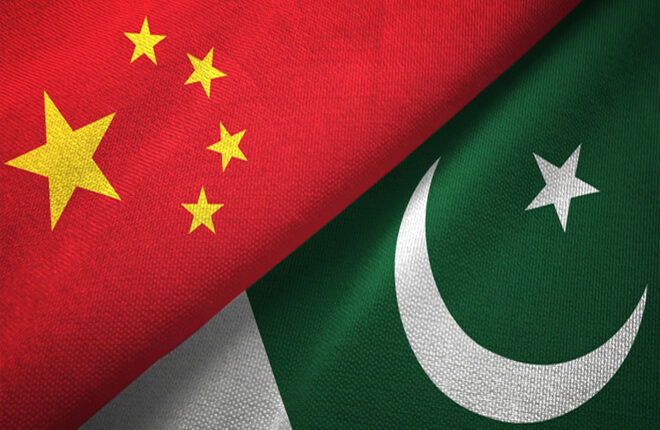 Officials of Pakistan and China on Thursday discussed various mega projects under the Phase-two of the multi-billion-dollar CPEC.

The 10th meeting of the Joint Cooperation Committee (JCC) on the China Pakistan Economic Corridor (CPEC) was held through video conference, according to an official statement.

It was co-chaired by Minister for Planning, Development and Special Initiatives Asad Umar and Vice Chairman of the National Development and Reform Commission (NDRC) of China Ning Jizhe.

The two sides held a detailed discussion on various projects being undertaken as part of the second phase of the CPEC and also signed a Memorandum of Understanding (MoU) for the establishment of a Joint Working Group (JWG) on Information Technology Industry.

The JCC also announced the signing of an MoU on Karachi Coastal Comprehensive Development Zone (KCCDZ) and Agreement of Cooperation Framework between Ningbo Port and Gwadar Port as well as Lease deed of Gwadar Expo Center.

Umar said the “Phase-2 of CPEC is even more promising as it broadens the scope of cooperation and focuses on Industrial, Scientific and Technological as well as Agricultural cooperation.”

He said with the CPEC second phase accelerating, “the economic ties between the two friendly neighbors will continue to get stronger and stronger”.

He emphasised that “we are working to ensure a stable policy, ease of doing business, and better incentives for private sector participation for a sustainable development model.”

Umar told the Chinese officials that Pakistan was cognizant of the threats to the CPEC and had enhanced the security arrangements to deal with the threats in an effective manner.

The minister thanked the Chinese government for an “unprecedented support” to Pakistan in its efforts to combat COVID-19.

“It has been a true testimony to our iron brotherhood and a reflection of our historical strategic partnership,” he said.

Umar said that the CPEC cooperation and work on all projects continued unhindered despite the pandemic, mainly due to the resolute commitment of top leadership and workers from both sides.

During the meeting, the conveners of the Joint Working Groups (JWGs) on Energy, Transport Infrastructure, Gwadar, Socio-Economic Development, Security, Long-Term Planning of the CPEC, Industrial Cooperation, International cooperation, Science and Technology, and Agriculture Cooperation made a presentation highlighting the progress on their specific areas and the future plans of actions.

The 10th session of the Joint Coordination Committee (JCC) for the CPEC was to be held in 2020 but was postponed due to coronavirus.

It was later scheduled to take place in July this year but again called off due to a terrorist attack killing several Chinese nationals.

Troops from China and Pakistan on Thursday launched a joint anti-terror exercise as part of SCO Regional Anti-Terrorism Structure (RATS).

The opening ceremony of the Joint Anti-Terrorist Exercise (JATE)-2021 was held at the National Counter Terrorism Centre (NCTC) Pabbi in Khyber-Pakhtunkhwa, the Pakistan Army said in a statement.

“JATE is being conducted with a view to practice and master various drills and procedures involved in Counter Terrorism operations including Cordon & Search, Compound Clearance, Close Quarter Battle and medical evacuation,” it said.

The exercise is aimed at enhancing synergy and interoperability among Special Services and Law Enforcement Agencies of Shanghai Cooperation Organisation (SCO) member countries for combating international terrorism, practice mechanisms to respond to a crisis situation and capacity building of the forces.

Stage one of the exercises was conducted in respective countries from July 26 to 31, 2021, whereas two weeks long stage two is being conducted in Pakistan.

Major General Javed Dost Chandio of Pakistan was the chief guest at the opening ceremony, according to the statement.

RATS, headquartered in Tashkent, is a permanent organ of the SCO which serves to promote cooperation of member states against terrorism, separatism and extremism The SCO is an economic and security bloc in which India and Pakistan were admitted as full members in 2017.

Centre allows Covid vaccination at home for the disabled, bedridden