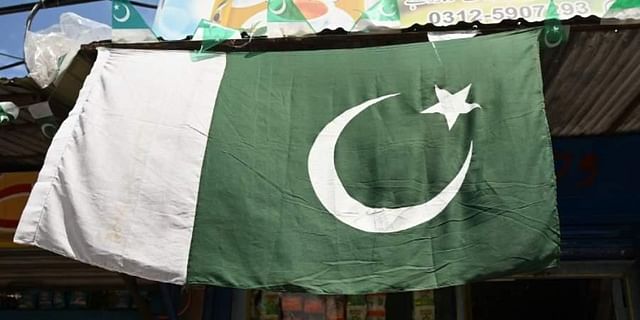 Pakistan will continue to be on the ‘Grey List’ of the FATF as it needs to “further demonstrate” that action is being taken against UN-designated terrorists like India’s most wanted Hafiz Saeed and Masood Azhar, the global body against terror financing said on Thursday.

Addressing a press conference, Financial Action Task Force (FATF) president Marcus Pleyer said the decision was taken at the conclusion of the virtual plenary of the organisation.

Pakistan continues to remain on the “increased monitoring list”, he said at a virtual press conference from Paris on Thursday.

Inclusion in the ‘Grey List’ implies “strategic deficiencies” detected in a jurisdiction’s policies to prevent money laundering and the terror financing, according to an IMF working paper.

Not as severe as black listing, inclusion in the ‘Grey List’ shows that a country is working to remove flagged deficiencies.

It has now largely addressed 30 of the items, the president of the Paris-based FATF said.

Regarding its earlier action plan, which focused on terrorist financing issues, and dates back to June 2018, Pakistan is still assessed to have largely addressed 26 out of 27 items, Pleyer said.

“Pakistan has taken a number of important steps but needs to further demonstrate that investigations and prosecutions are being pursued against the senior leadership of UN-designated terror groups,” he said.

FATF is a global body which focusses on setting standards and promote effective implementation of legal, regulatory and operational measures for combating money laundering, terrorist financing and other related threats to the integrity of the international financial system.

Refuting allegations of political interference in the FATF listing process, Pleyer said the organisation works on the basis of “technical arguments”.

One of the outstanding items from the 2018 action plan focussing on terror financing is that Pakistan needs to demonstrate that terrorist financing investigations and prosecutions are targeting senior leaders and commanders of UN-designated terrorist groups, Pleyer said.

Then there is this 2021 action plan which is focusing more on anti-money laundering issues, he said.

“Its most recent action plan from June this year which largely focused on money laundering deficiencies was issued after FATF regional partner the Asian Pacific Group identified a number of serious issues,” Pleyer said.

Azhar, Saeed and Lakhvi are the most wanted terrorists in India for their involvement in numerous terrorist acts, including the 26/11 Mumbai terror attacks and bombing of a CRPF bus at Pulwama in Jammu and Kashmir in 2019.