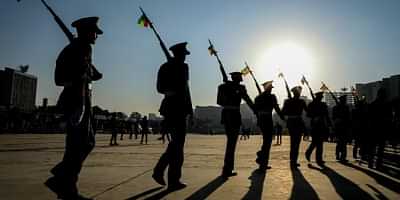 A new round of deadly attacks and forced conscription has begun against ethnic Tigrayans in an area of Ethiopia now controlled by Amhara regional authorities in collaboration with soldiers from neighboring Eritrea, people fleeing over the border to Sudan tell The Associated Press as the yearlong war intensifies.

Three men who fled the western Tigray communities of Adebay and Humera in the past week described warnings from Amhara authorities against supporting the rival Tigray forces who are approaching Ethiopia’s capital, Addis Ababa, to press Prime Minister Abiy Ahmed to step aside.

Their threat led Ethiopia’s government to declare a state of emergency last week while the United States and other countries urged citizens to leave immediately. U.S. and African Union envoys have been holding urgent talks in Ethiopia in search of a cease-fire in a war that has killed thousands of people after political tensions with the Tigray forces who once dominated the national government turned deadly. The U.N. Security Council is expected to meet on Monday.

The new accounts confirm assertions by the U.S. and others that Eritrean soldiers remain in the Tigray region, and they indicate that pressure is growing on Tigrayans of mixed heritage who have tried to live quietly amid what the U.S. has alleged as ethnic cleansing in western Tigray.