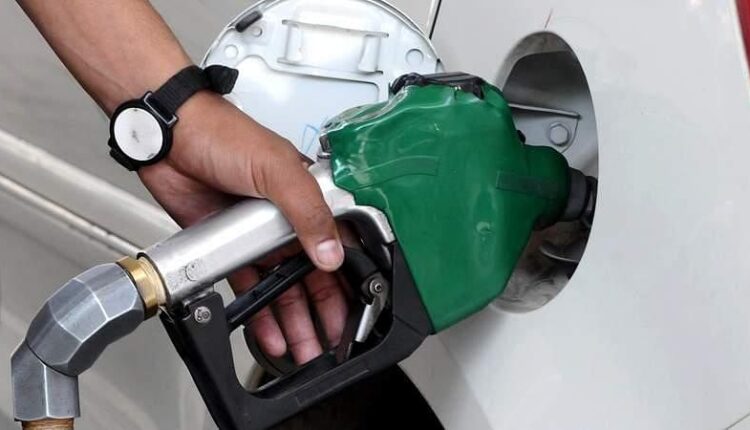 Petrol and diesel prices across the country soared to all-time high levels on Thursday as rates were hiked again in line with the spurt in international oil prices.

Petrol price was increased by 30 paise per litre and diesel by 35 paise a litre, according to a price notification of state-owned fuel retailers.

The price of petrol in Delhi rose to its highest-ever level of Rs 103.24 a litre and to Rs 109.25 per litre in Mumbai, the notification showed.

Diesel rates too touched a record high of Rs 91.42 in Delhi and inched closer to the Rs 100-a-litre mark in Mumbai.

Prices differ from state to state depending on the incidence of local taxes.

The increase on Thursday pushed rates to a new record high.

Petrol crossed the Rs 100-a-litre mark in Lucknow and Gandhinagar – the last of the handful of state capitals that had rates less than that.

Petrol prices, which is dictated by the incidence of local taxes and freight, had already crossed the Rs 100 mark in several places in Uttar Pradesh and Gujarat.

The only state capitals where petrol now is less than Rs 100 are Dehradun, Chandigarh, Guwahati and Ranchi.

Diesel is already above the Rs 100 mark in several cities in Madhya Pradesh, Rajasthan, Odisha, Andhra Pradesh and Telangana.

Sri Ganganagar, the border town in Rajasthan, had the costliest fuel in the country with petrol costing Rs 115.14 a litre and diesel coming for Rs 105.64.

UT of Daman had the cheapest petrol at Rs 98.26 per litre.

State-owned fuel retailers have in the past few days resorted to modest increases to align domestic rates with cost.

But with international benchmark Brent crude soaring to USD 81 per barrel after the decision by OPEC+ not to increase output more than 0.4 million barrels per day, fuel rates are being increased by a larger proportion.

A month back Brent was around USD 72 per barrel.

Being a net importer of oil, India prices petrol and diesel at rates equivalent to international prices.

With international crude oil prices moving in both directions during July and August, no price increase was carried out by oil marketing companies (OMCs) from July 18 to September 23.

However, with no respite from surging international prices, OMCs have started to increase the retail selling price of petrol and diesel with effect from September 28 and September 24, respectively.

Since then, diesel rates have gone up by Rs 3.15 paise per litre and petrol price has increased by Rs 2.15.

Prior to the July/August price cuts, the petrol price was increased by Rs 11.44 a litre between May 4 and July 17.

Diesel rate had gone up by Rs 9.14 during this period.