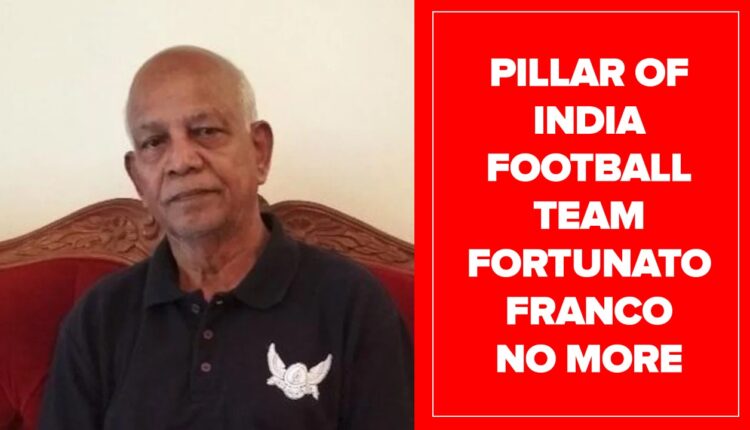 The Pillar of India’s last gold-winning football team in 1962 Asian Games, died in Goa on Monday. He was 84.
Franco was a part of Indian football golden era between 1960 to 1964.

The death news was confirmed by AIFF but did not mention the cause of demise.

As per sources, the finest mid-fielder was a part of 1960 Rome Olympic squad. He was an integral part of 1962 Asiad gold-winning team in Jakarta. He made 26 appearances for India, including the 1962 Asian cup, where India finished runners-up and silver and bronze medal-winning sides of 1964 and 1965 Merdeka cup. His best performance was in the 1962 Asian Games where Indian football witnessed its a finest hour, beating South Korea 2-1 in the final in Jakarta in front of 1,00,000 people.

During his last years in competitive football, he did play for Goa giants Salgaocar but a knee injury ended his career even before 30 years old. Franco played his best years for the powerful Tata Football Club in Mumbai. He also worked in the public relations company for four decades before retiring in 1999.

DRDO to set up seven oxygen plants in Odisha