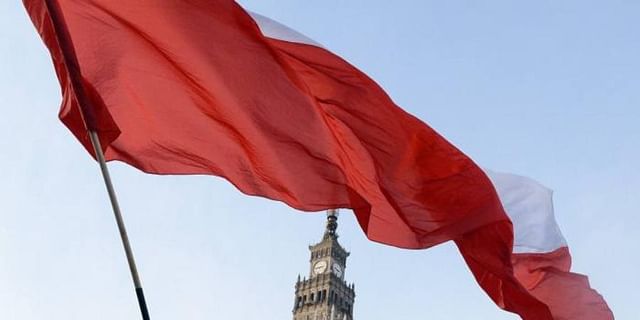 Poland is stepping up security at its border with Belarus, on the European Union’s eastern border, following reports that a large group of migrants in Belarus is heading for a crossing point, officials said Monday.

Polish Defense Minister Mariusz Blaszczak said on Twitter that that more than 12,000 soldiers have been deployed on the border, up from the 10,000 soldiers that were there recently. He added that a volunteer Territorial Defense force was put on alert.

He said that his ministry, together with the Interior Ministry, which is responsible for police and border guards, is “prepared to defend the Polish border.

He also posted video footage of what appeared to be a large group of migrants just across the border in Belarus.

A spokeswoman for Poland’s Border Guards, Ewelina Szczepanska, said the presence of guards, police and the military has been reinforced at the border.

She said it could be seen in videos posted online that migrants are headed for the crossing in Kuznica, in the northeast.

A spokesman for Poland’s security services, Stanislaw Zaryn, posted on Twitter a video showing hundreds of people walking down a road.

Since the summer, Poland has been under increasing pressure of migrants from the Middle East and Africa trying to cross into the EU. Poland is blocking these attempts or sending those who cross back into Belarus.

Warsaw and the EU say it’s an organized action by the Belarusian government aimed at destabilizing the bloc in retaliation for Western sanctions.

Poland’s Border Guard has reported incidents of hostile behavior and threats by Belarusian forces directed across the border at Polish forces.